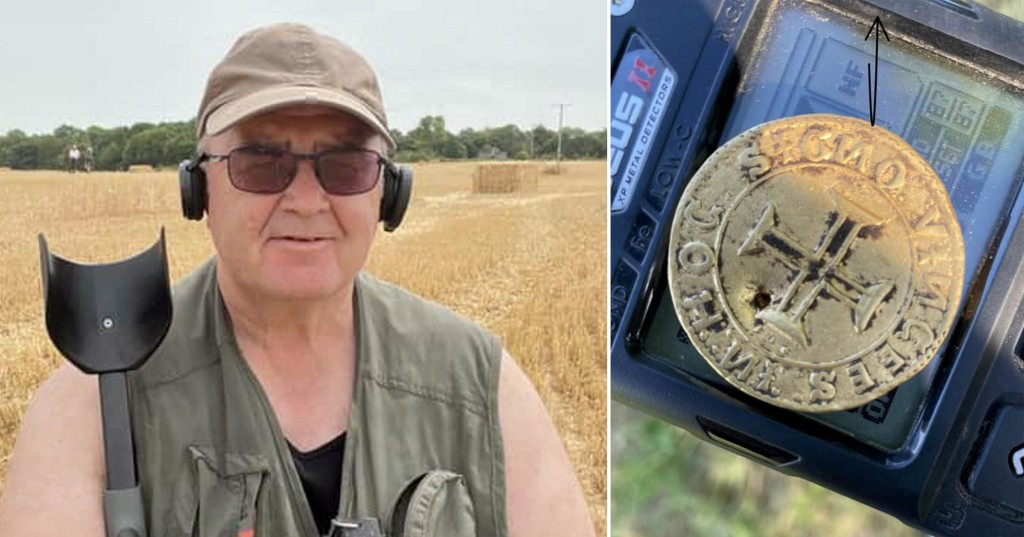 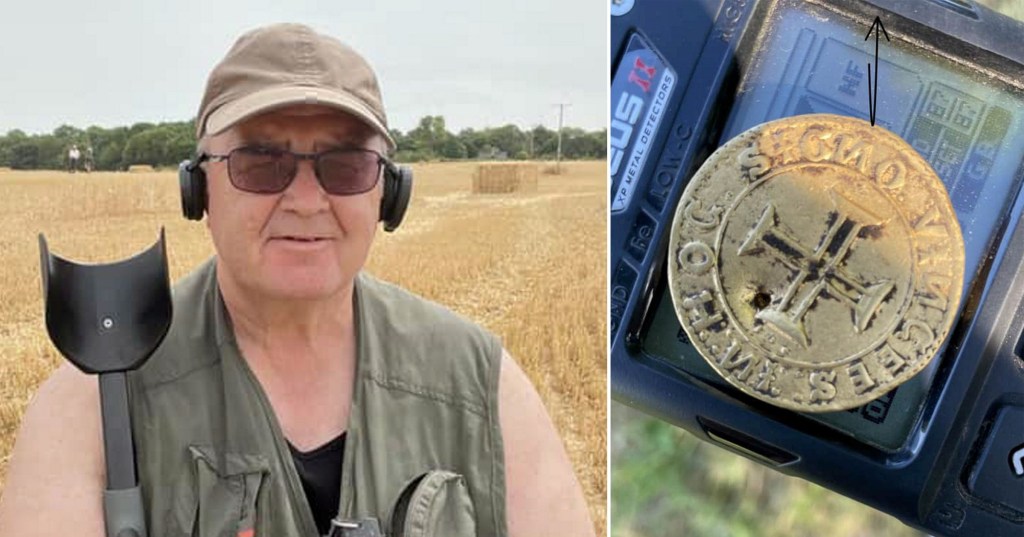 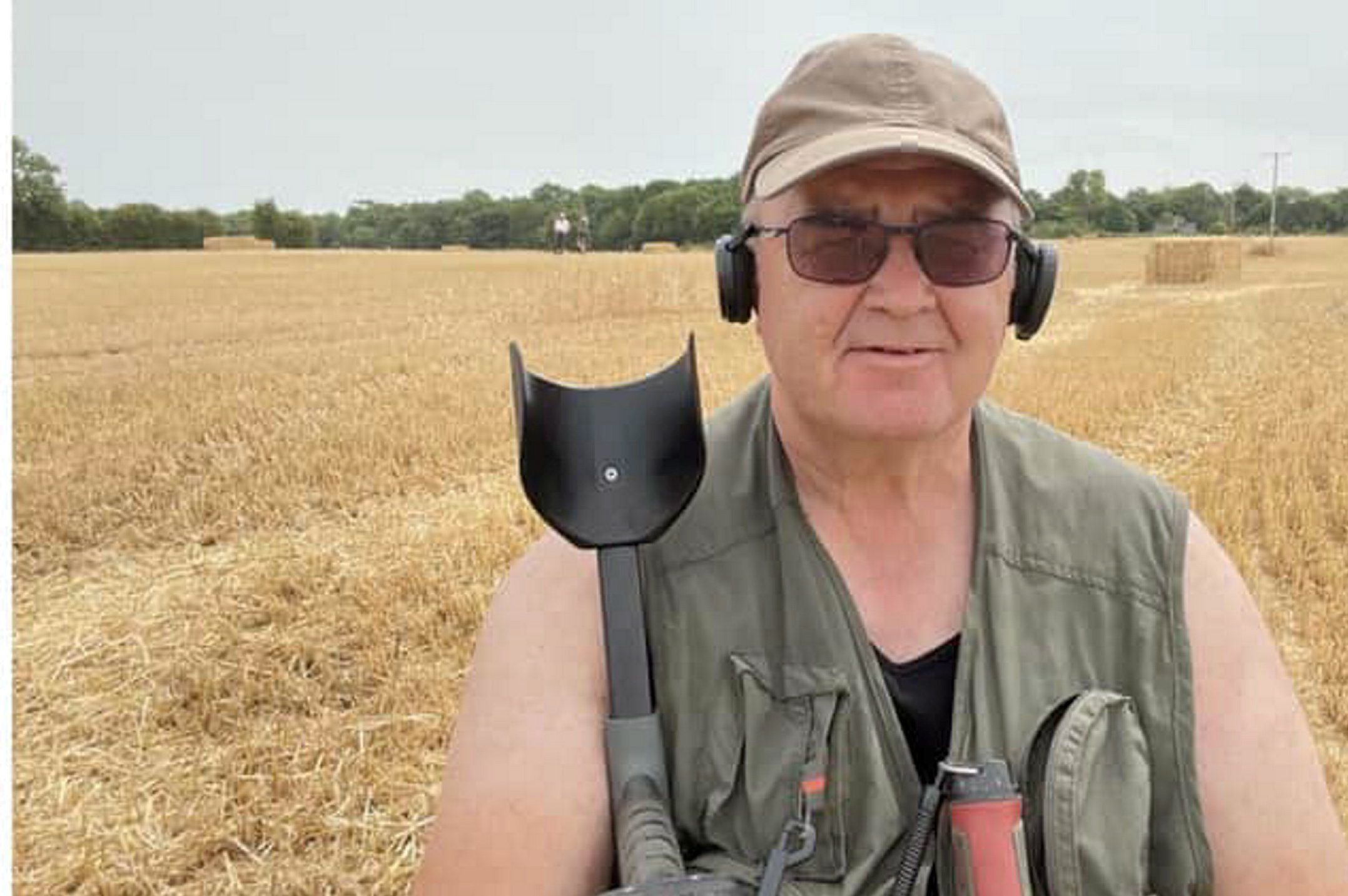 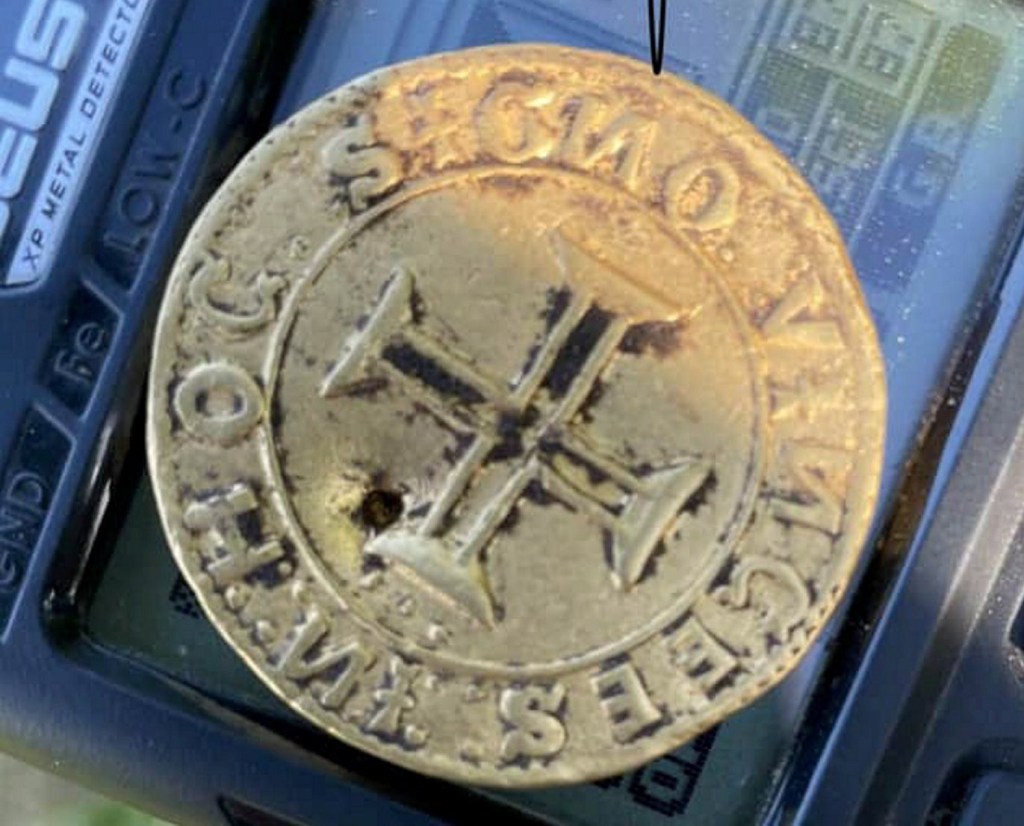 A giant centuries-old gold coin found by a metal detectorist on a muddy farm has sold for almost £20,000.

Mick Edwards, 62, was spending his 35th wedding anniversary in Etchilhampton, Wiltshire, when he unearthed the Portuguese coin.

Thought to be the first of its kind ever found in the UK, the civil servant was gobsmacked when he saw the coin from the reign of Manuel the First, between 1495 and 1521.

Inscribed with the phrase ‘In this sign shall we conquer’ in Latin, the coin was expected to sell for £30,000 but sold for £16,000 at the Noonans auction in London yesterday.

The coin — which is 36 millimetres in diameter and weighs around 30 grams — was buried around 10 inches in the mud.

It’s made of gold looted from Africa by Portuguese explorer Vasco da Gama.

Edwards, from Peterlee, County Durham, said he plans to split the cash with the Wiltshire pasture landowner.

‘I was staying on the farm near Etchilhampton with my wife after celebrating 35 years of marriage from the day before,’ he said.

‘I had only found some broken crotal bells, so I walked to the top of the field for a final effort before breakfast, taking just three more steps I received a clear signal which sounded like a large copper coin.

‘I was dumbstruck and just sat looking at the coin unable even to breathe.

‘I could see the cross on the coin and thought it was probably Spanish but later found out it was Portuguese from the Kings name Manuel.’

Nigel Mills, a specialist at Noonans, said the coin is certainly worth its weight in, well, gold.

‘In England, at this time the largest gold coin was a Sovereign which weighed 15.3 grams so this coin is more than double that in weight, so would have had a value greater than two pounds,’ he said.