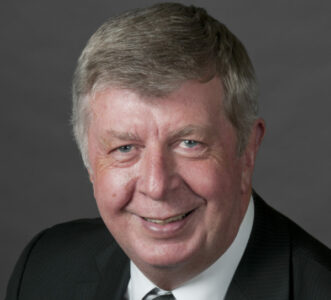 Funded by New Zealand on Air

Mayor Wayne Brown announced there will be fewer committees for the three years ahead.

The Planning, Environment and Parks committee appears to squish three former committees into one. Last term, several items from these committees had to be deferred because of overloaded agendas.

The reduction has been framed as a cost cutting measure to keep rates low while maintaining the essential services Aucklanders expect.

Brown said he wanted every councillor to have a meaningful role with decision-making powers in areas that interest them.

“The committee structure is the result of dozens of hours of one-on-one meetings and discussions, with councillors indicating how they best wished to serve the people of Auckland,” Brown said.

Brown has also established an Expenditure Control & Procurement committee which will be chaired by Howick’s Cr Maurice Williamson.

Brown said some had dubbed that committee the “razor gang”.

The committee has been given the task of identifying savings for the coming budget in order to help fill the current $270 million hole in council’s finances.

Deputy Mayor Desley Simpson says the “low hanging fruit” when it comes to savings has already been picked.

“It is time for a new set of eyes and a united Governing Body to conduct a new line-by-line analysis of expenditure across every part of the Auckland Council group to keep rates as low as possible and protect essential services,” Simpson said.

Cr Alf Filipaina, who was the chair of last term’s Park, Arts, Community and Events committee, is the councillor who has not been assigned a significant role yet.

Brown said a role for the councillor would be announced soon.