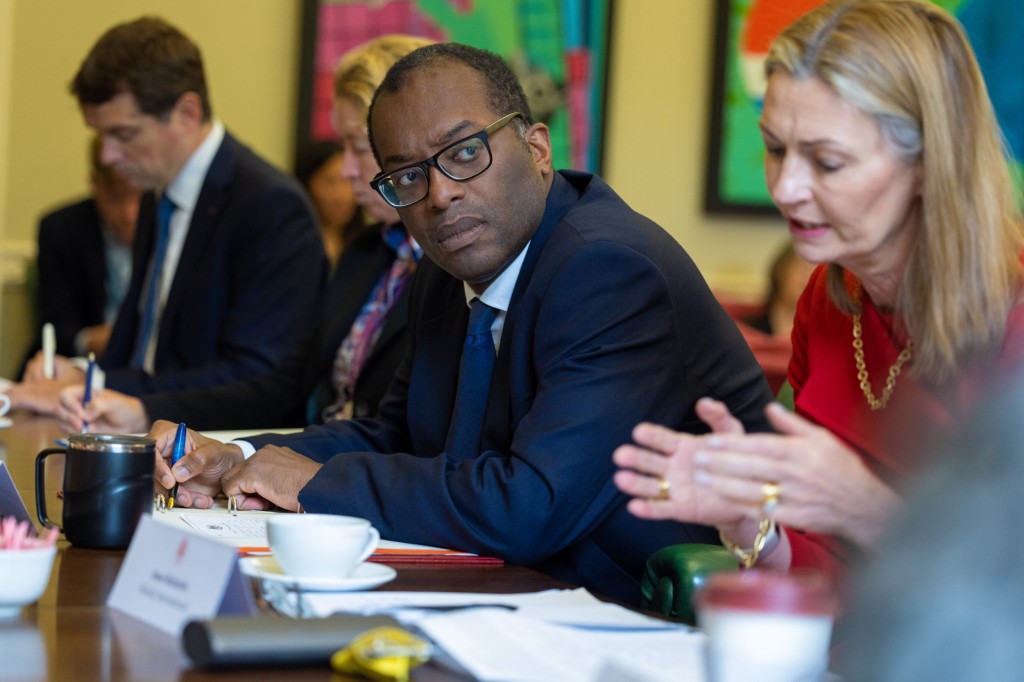 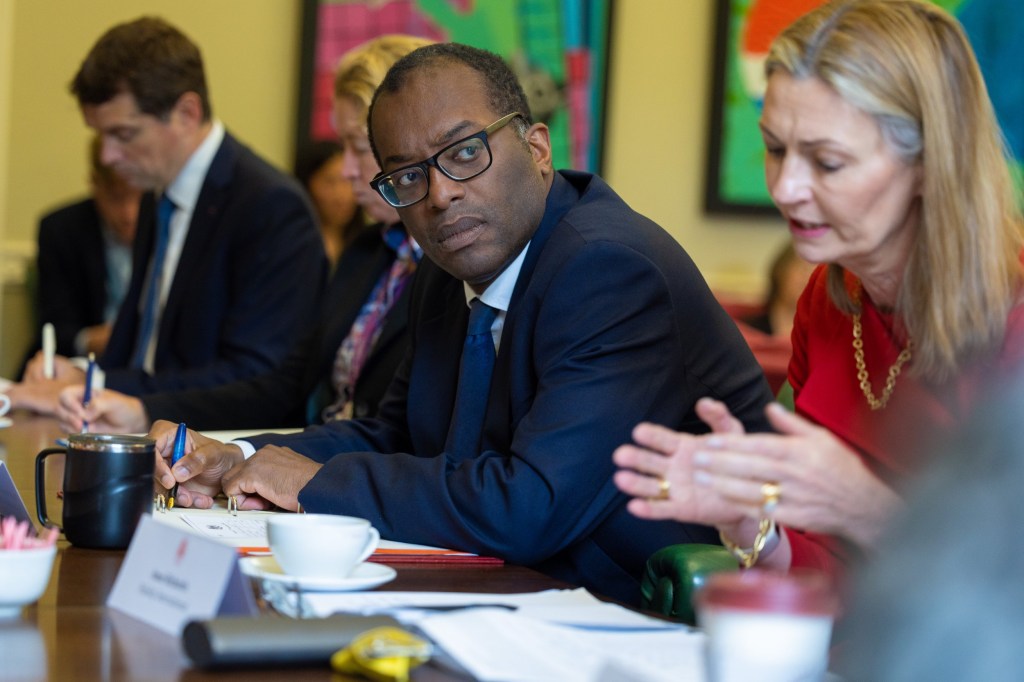 Kwasi Kwarteng has insisted he is ‘confident’ about his economic plans during a crunch meeting with big business.

The chancellor moved to allay the fears of City investors after his budget on Friday sent the value of the pound into free-fall.

Speaking to representatives from leading financial firms, he said his measures ‘will work’ and promised to slash regulations next month.

Mr Kwarteng also revealed he is ‘speaking to the Bank of England Governor every day now’ with investors expecting a rapid rise in interest rates.

The chancellors Friday announcement of a tax-cutting splurge funded by billions of pounds in extra borrowing triggered a negative reaction from the markets.

The value of Sterling against the US Dollar hit a historic low on Monday, while the price the UK government must spend to secure extra finance for its plans surged.

Tax cuts are expected to push punishing inflation rates even higher and will almost certainly trigger a further hike in interest rates by the Bank of England, a move which will hit mortgage holders.

Liz Truss and Mr Kwarteng are adamant that the tax cuts are necessary to get the UK economy growing again amid recession fears.

A summary of what was discussed in the meeting released by the Treasury read: ‘Cabinet ministers will set out more supply-side measures over coming weeks to make meaningful change.

‘Right across government, departments have to be focussed on this. As I said on Friday, every department will be a growth department.

‘We are committed to fiscal discipline, and won’t re-open the spending review.’

He added: ‘I’m confident that with our growth plan and the upcoming medium-term fiscal plan – with close co-operation with the Bank – our approach will work.’

After a bruising market reaction which began on Friday and continued when trading began in Asia in the early hours of Monday, Mr Kwarteng announced he’d set out further economic plans on November 23.

He told investors today the ‘medium term fiscal plan’ and OBR forecast promised yesterday to calm market nerves ‘will be a credible plan to get debt to GDP falling’.

This is a breaking news story, more to follow soon… Check back shortly for further updates.

Got a story? Get in touch with our news team by emailing us at webnews@metro.co.uk. Or you can submit your videos and pictures here.