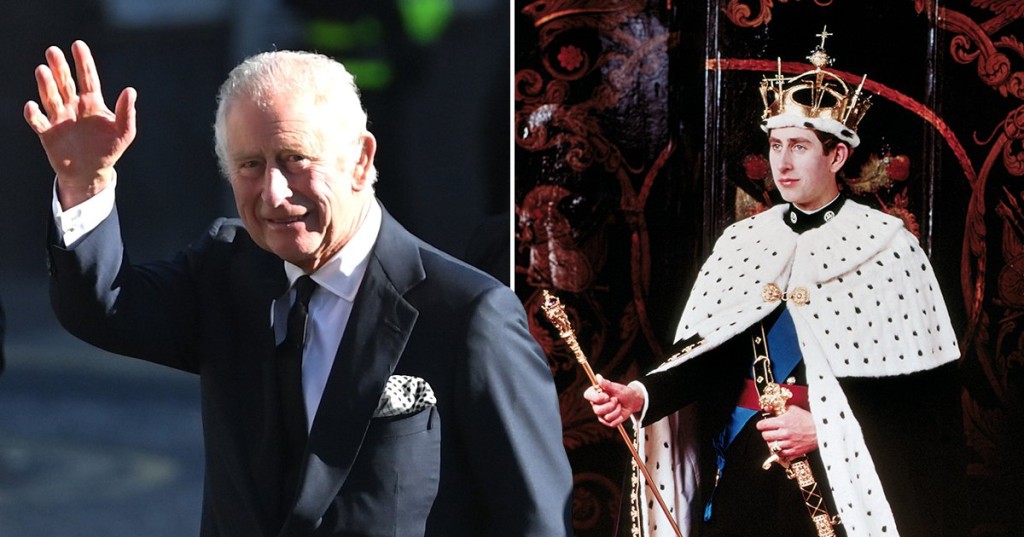 King Charles will be crowned in a ‘cost of living coronation’ as part of his drive for a slimmed-down monarchy that will be seen as ‘good value’ for taxpayers.

The new monarch is said to want his publicly-funded ceremony to become a marker of his mission to create a more financially viable royal family, insiders say.

It comes as staff who worked for Charles, 73, before he acceded to to the throne were told they face the threat of redundancy – while a thanksgiving service for the Queen was taking place.

He will be crowned next year alongside Queen Consort Camilla, with the event set to happen in the spring or summer – or June 2 – the same day his mother was crowned.

The Queen’s lavish coronation, which will have taken place 70 years ago by 2023, cost £1.57 million – the equivalent of £46million today.

A royal source told the Daily Telegraph about Charles’ ‘budget’ coronation plans: ‘It will be shorter, sooner, smaller, less expensive and more representative of different community groups and faiths.’

The new King’s vows are expected to be kept the same as the Queen’s, but it is thought fewer guests will be invited and may be limited to 2,000, with less members of the Royal Family in attendance.

A Palace insider added: ‘It will be a slimmed-down monarchy on display throughout.

‘I wouldn’t be surprised to see just Charles and Camilla, Kate and William and their children on the Buckingham Palace balcony afterwards.’

More than 8,000 guests representing 129 nations travelled to Westminster Abbey for the Queen’s three-hour 1953 coronation, which was so packed dignitaries were forced to sit on makeshift benches.

It is thought Charles’ will be shorter partly due to his age of 73 – making him the oldest person in British history to take the throne in the UK.

The Queen was only 25 when her coronation was held.

Despite Charles’ desire to show the nation he is trying to cut back on spending amid skyrocketing inflation, he and Camilla will still be adorned in priceless jewels.

Like his mother, the King will be crowned with the St Edward’s Crown, made of solid gold with more than 400 gemstones, including rubies, garnets, sapphires.

The Queen Consort will have the platinum and diamond crown made for the Queen Mother’s coronation in 1937 placed on her head.

One of the 2,800 diamonds in the crown is the controversial Koh-i-Noor or ‘Mountain of Light’ given to Queen Victoria, which some claim was stolen from India.

Charles’ coronation is being planned under the codename Operation Golden Orb.

The name was only revealed accidentally due to a blunder in 2016.

Royal historian and TV presenter Dr Anna Whitelock said the codeword was perfectly chosen as it was named after part of the Crown Jewels used in the coronation.

She previously added to the Daily Mail: ‘The orb is a hollow ball of gold and a Christian symbol of authority signifying Christ’s dominion over the world represented in the next Monarch’s power.

‘The name of the committee reminds us that at the heart of the ceremony, the King is made to swear vows of awesome severity, not to his country, or even his subjects, but to God.’