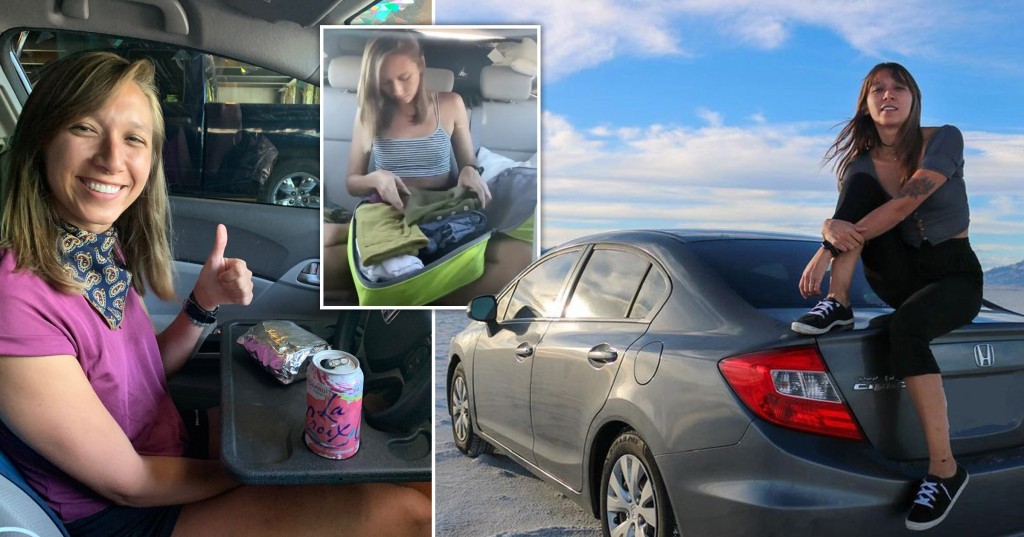 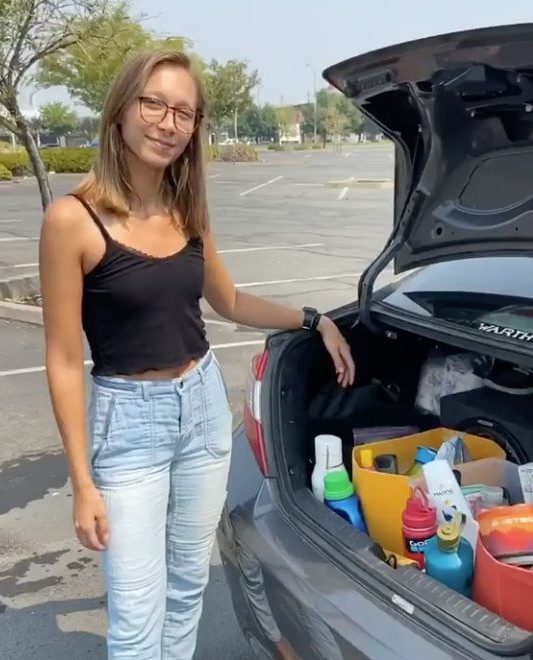 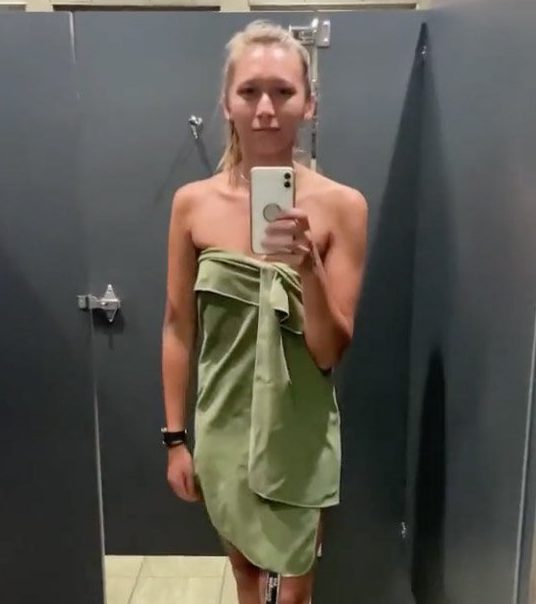 Nikita Crump, 31, from Florida, US, spent most of her 20s living pay check to pay check while juggling two jobs.

In 2019 she decided enough was enough and packed in her rented flat to move into her new abode – a 2012 Honda Civic.

Having spent the past three years living out of her vehicle, Nikita claims she is finally financially stable after forgoing bills and rent.

Now with the cost of living rising across the globe, the travel influencer shares her nomad life to her one million followers on social media – showing a life not bogged down with huge expenses.

‘I moved into my car after struggling to make ends meet for several months.

‘I was skipping meals and eating unhealthy foods to save money, and it just got really stressful and depressing.

‘I opted to cut out my largest expense which was utilities and rent and wanted to see how long I could last.

‘I haven’t looked back. Once I moved into my car, my life improved drastically.

‘Sure, it has its challenges day-to-day but I went from a depressed, broke person in 2019, to a thriving and active person in 2020.

‘The financial stability just changed everything for me and also made me see just how sad and affected I was in hindsight.’

Nikita left her first part-time job in August 2020 and was able to pack in her other job in May 2021 to become a content creator.

Without any furniture, Nikita decided to attach a tray to her steering wheel for meal times. If she fancies cooking a healthy meal, she pops by her friend’s house to use their appliances.

In the boot of her car, Nikita separates her entire belongings into four storage bins – electronics, outdoor essentials, bathroom items and a junk/miscellaneous tub.

When it comes to bathing, she will grab her toiletries from the car and freshen herself up in a 24-hour gym.

Each night she decides where she is going to sleep by looking for nearby neighbourhoods with a family-feel in a bid to keep safe.

Despite global fuel prices increasing around the world – pushing Nikita’s lifestyle up a notch – she says it’s still cheaper than paying rent and bills.

Nikita admits her freedom doesn’t come without its own setbacks.

She added: ‘Every task is more challenging when you live in a Sedan.

‘I can’t just walk 20ft to a toilet or shower, and I never have complete and utter privacy.

‘I have to drive to a public establishment that won’t mind if I use their bathrooms and leave. I usually go to Target, Home Depot, or my gym.

‘I can’t fathom easy access to a toilet anymore, I’m so used to having to drive to find one now.’

She also occasionally has run-ins with members of the public, leaving her feeling unsafe – including security guards confronting her and men approaching her vehicle.

But despite the drawbacks, for Nikita, it’s all worth it.

Nikita now earns more money as a travel influencer than her previous jobs and boasts over 1.1million followers on her Instagram and TikTok.

Some followers have been quick to slate her lifestyle choice.

One social media user said: ‘You could just, you know, be an adult and not live in your car.’

Another added: ‘Get a job!’

But others lapped up her savvy ways.

One follower wrote: ‘As long as you’re happy. That’s all that matters. Love you girl.’

‘Love your thought process,’ said someone else.

Another TikTok user added: ‘She couldn’t afford rent. I think this is genius you became resourceful and made the best decision for you. I would def do this if I could.’


MORE : Man told to take paracetamol for his headaches actually had a brain tumour


MORE : Jodie Williams: ‘People assume that we’re raring to go and train… this is not the case’