How to spend a weekend break in Durham 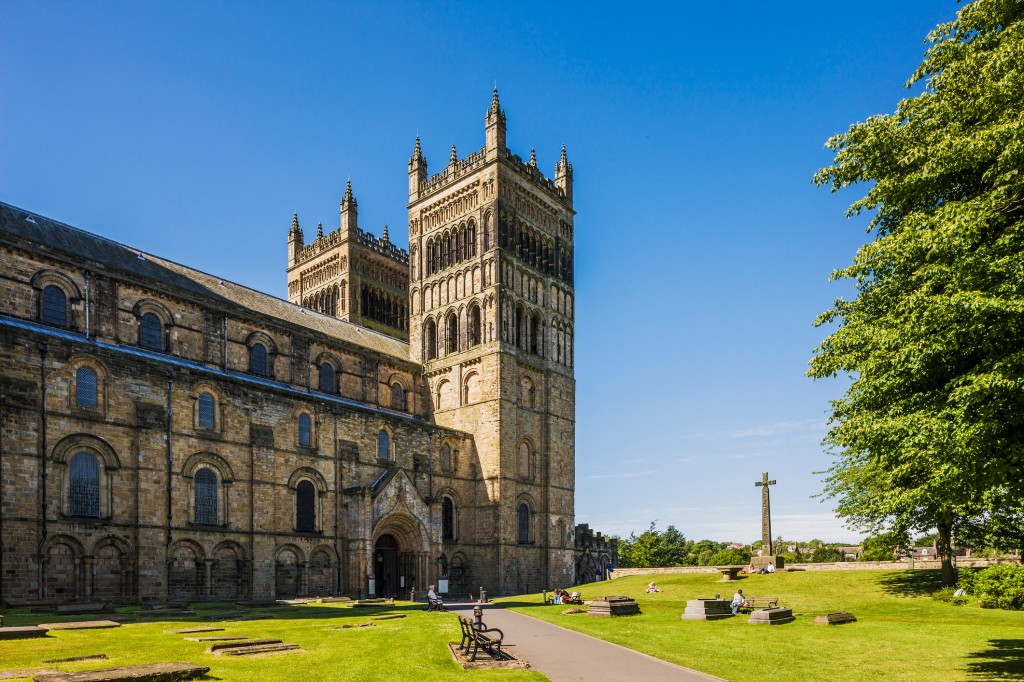 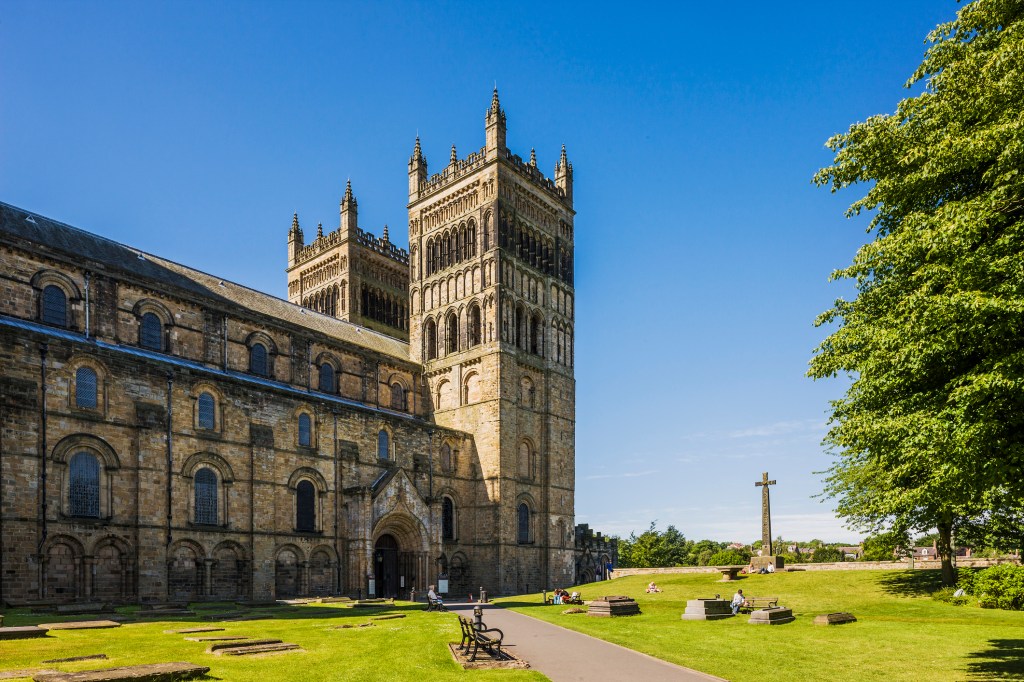 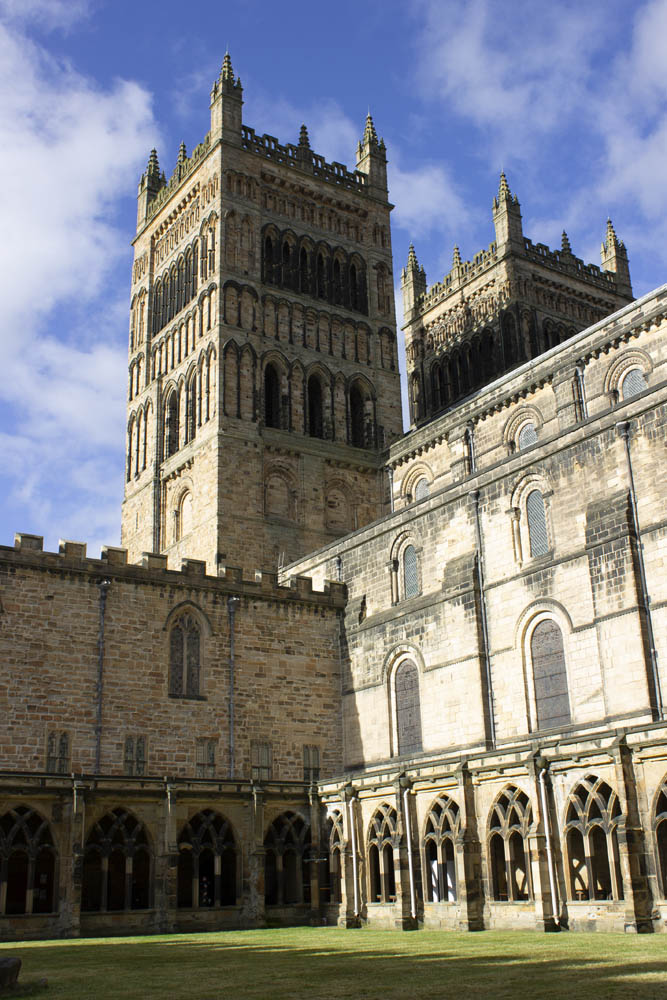 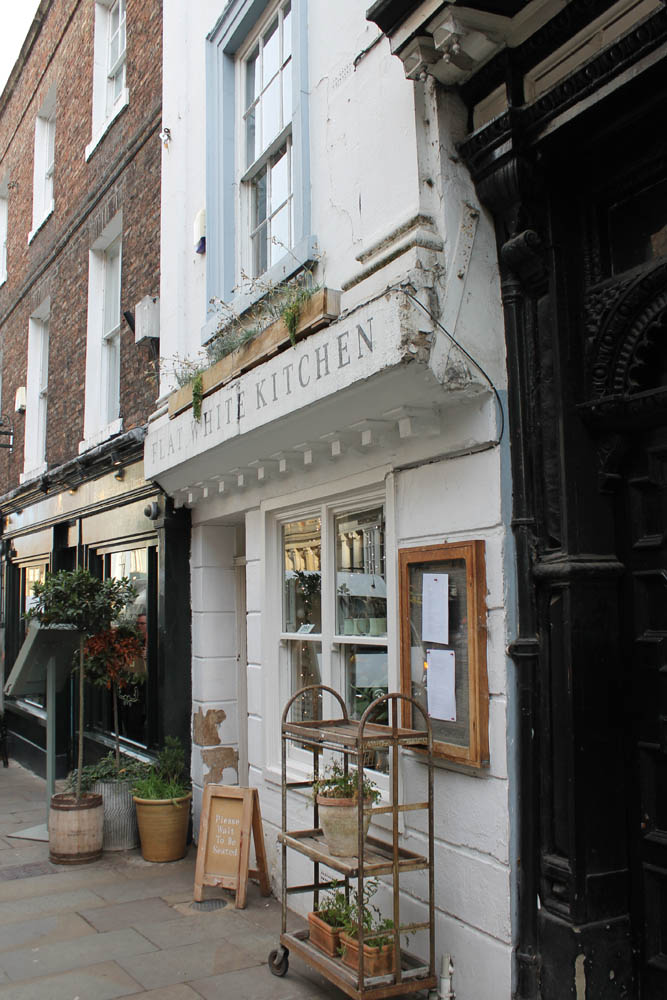 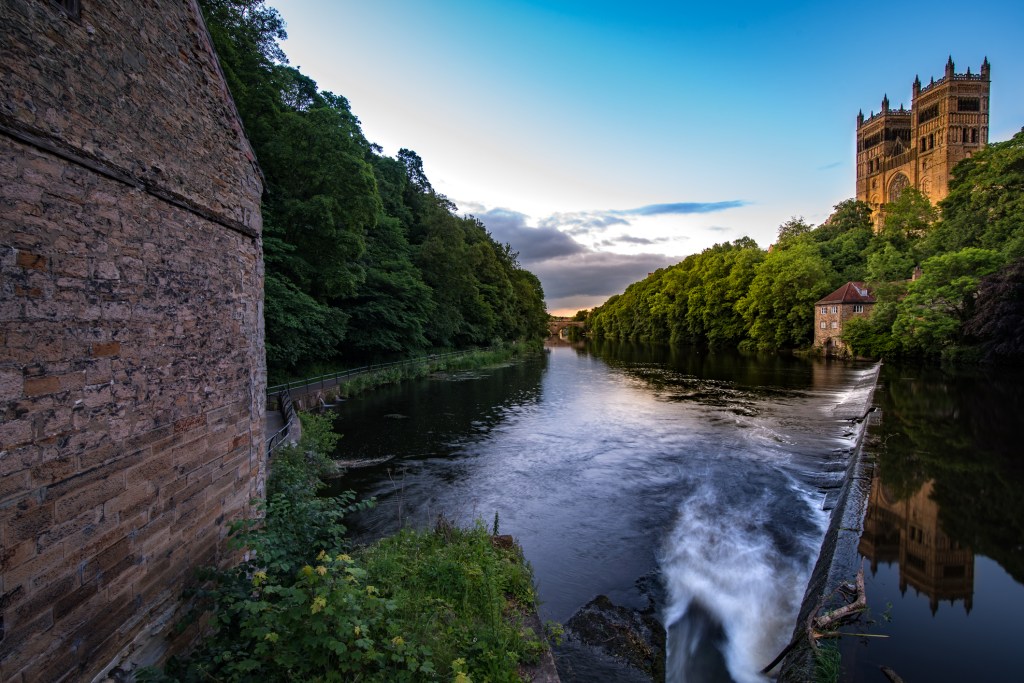 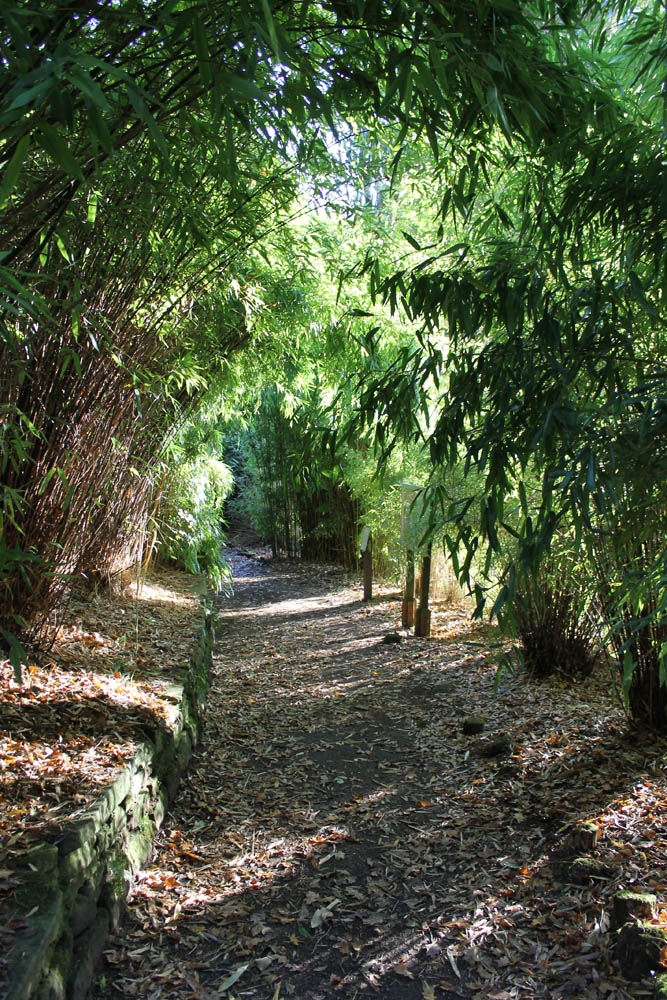 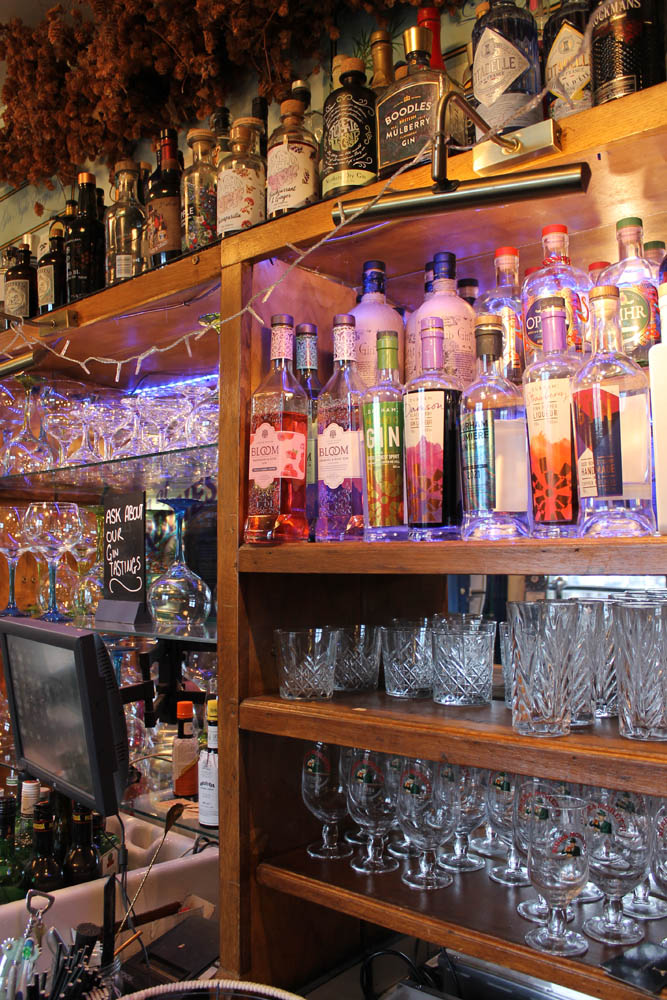 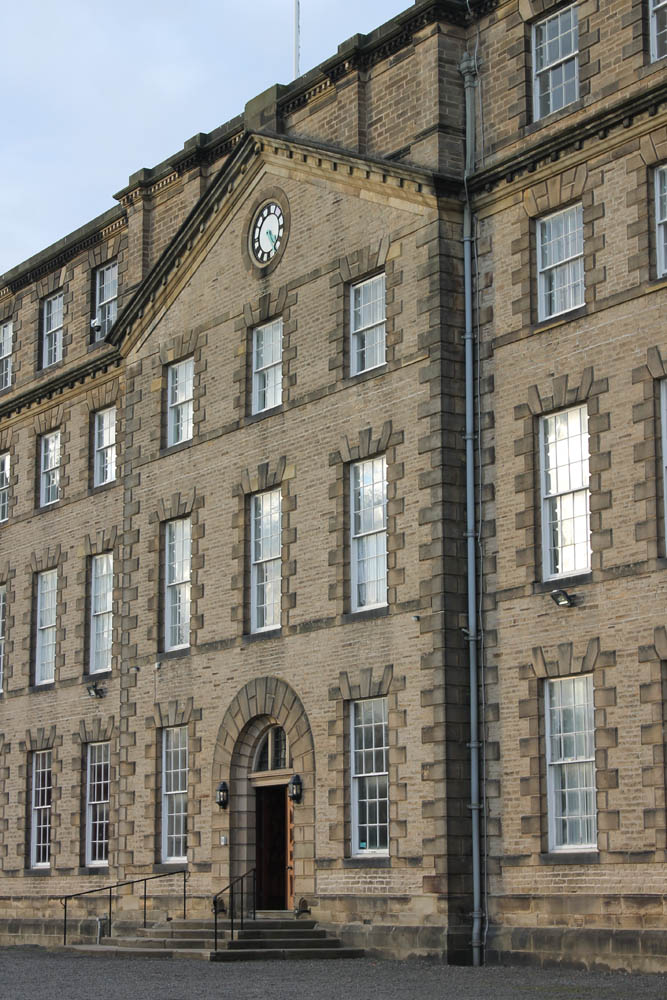 If you’ve ever been to Durham, you’ll already know it’s an excellent city.

Old and fascinating, yet surprisingly modern and cool at the same time, it has just about everything you could want from a city break kept in its delightfully compact centre.

Autumn is probably my favourite time to visit – amid a flurry of freshers arriving to the University – as if you’re an avid lit lover, Durham hosts an annual October book festival, this year from October 13 to 16.

For a bit of buzz, the dazzling Lumiere (a multi-day festival packed with huge and often interactive light installations) happens around mid November, with 2022 dates currently TBC.

Intrigued? Here’s what to do during a weekend break.

Durham Cathedral is impressive just to look at from the outside.

A UNESCO World Heritage Site, it’s free to go in (though a donation is very welcome) and explore 800-plus years of history. Fans of the Harry Potter films will also clock the cathedral’s interior as a filming location for a Hogwarts courtyard.

One thing not to miss, for all its grandeur, are the finer details. In the same courtyard, on the Cloisters’ north wall, is a small mark known as the Meridian Line, which is essentially a midday sundial.

One of the newer stained glass windows to spy is the Millennium Window, is less about religion and more a depiction of North East history up to the modern era.

And in the Cathedral Museum you’ll find many gems, including the original, centuries-old Sanctuary Knocker. It was a medieval safe haven for criminals of all kinds, which granted them temporary sanctuary inside the Cathedral once knocked. A replica now sits on the front door.

Flat White Kitchen is a must for any visitor heading to Durham – thanks to its unbeatable brunch menu and the unbearably chic interior, spread over three floors.

You can’t miss it – as its narrow building stands out thanks to an aesthetically-pleasing paint job. Don’t be put off by any queues snaking out of the front door, as it’s well worth a short wait.

Hidden behind an alley across the street is Vennels Cafe, housed in a 16th century building, which is just as lovely and popular. For a longer lunch, try Finbarr’s – one of the only Michelin Guide restaurants in the region – in Aykley Heads, a short bus ride from the centre.

Walk the tranquil River Wear (and keep your eyes peeled)

On a trip to Durham, you’ll spend plenty of time wandering up and down various hills and cobbled pathways.

But a wander along the River Wear is a relatively flat, smooth-surfaced antidote, once you reach it.

Get down to the river from the Cathedral by walking down North Bailey (where you’ll spot an unassuming brown pole that is actually an example of an old sewer lamp).

As you stroll alongside the river – possibly spotting a rower or two – look out for a folly called The Count’s House quite literally tucked away, as well as a stone ‘gargoyle chair’.

Making your way back to the centre, look up at 73 Saddler Street to see the historic Golden Teapot hanging above a bank.

Get out into nature

A wonderful spot in Durham to while away a morning or afternoon is its Botanic Garden.

Here, you’ll walk through a literal overview of world plantlife – from a bamboo grove and a mini-forest of eerily white West Himalayan birch, to the beautiful bromeliads in the Tropical House, succulents in the Cactus House, and plenty of local wildflowers.

Other green spaces worth visiting are the Old Durham Gardens or the gardens at National Trust property Crook Hall.

If you like gin, you’re in luck. There are plenty of venues for enjoying a tipple of this juniper-heavy spirit in Durham.

One such venue is Durham’s smallest bar, and quite probably the most petite gin bar on planet Earth: Tin of Sardines. Just 13.5 x 5 feet wide, it manages to serve more than 200 types of gin.

In the city centre you’ll also find Old Tom’s Gin Bar and two gin shops – Durham Ginstitute (where you may be able to sample a free taster) on New Elvet, and also the high street shop for Durham Distillery, a local, independent distillery based in nearby Langley Park.

Not into gin? Fear not. Craft beer fans should instead pay a visit to the Holy GrAle – while amateur ghost hunters will be fascinated by centuries-old pubs such as Shakespeare Tavern and the Dun Cow.

If you’d rather drink and watch some live music, hop on the bus to the retro Old Cinema Launderette (which, as the name suggests, is not just a gig venue but also a former cinema and a working launderette).

If you’ve time to break away from the city of Durham and explore a bit of the county, you should.

Under 15 minutes by car from Durham is Ushaw: Historic House, Chapel & Gardens, a former Catholic seminary – as is the quaint village of Brancepeth with its unpolished gem Brancepeth Castle.

Further afield is one of Europe’s top open air museums, Beamish, otherworldly beaches along the Durham Heritage Coast stretching from Seaham and towards Hartlepool, and market towns including Barnard Castle (yep, that one) and Bishop Auckland.

Not to mention – if you like a long walk through the countryside – the idyllic Durham Dales.

Where to stay in Durham – and how to get there

Hotel Indigo (four stars) is a boutique option, with a prime location near the Cathedral on Old Elvet. Located on the same street, rooms at OYO The Townhouse (five stars) start from £130 per night.

For a budget option, Airbnb property prices start from £39 per night, while the Premier Inn on Walkergate is centrally located, starting from £80 per night.

How to get there

The nearest station is Durham, with regular LNER trains stopping on routes from Scotland to London.

For more things to see and do, guidebook 111 Places In County Durham That You Shouldn’t Miss (Emons) is out now via Amazon, Waterstones and other major bookshops.


MORE : What’s so great about Bolton? Your ultimate guide to an overlooked town


MORE : Three-bedroom house in County Durham could be yours for £5k – but it needs some work


MORE : The best rivers and lakes for wild swimming around the UK