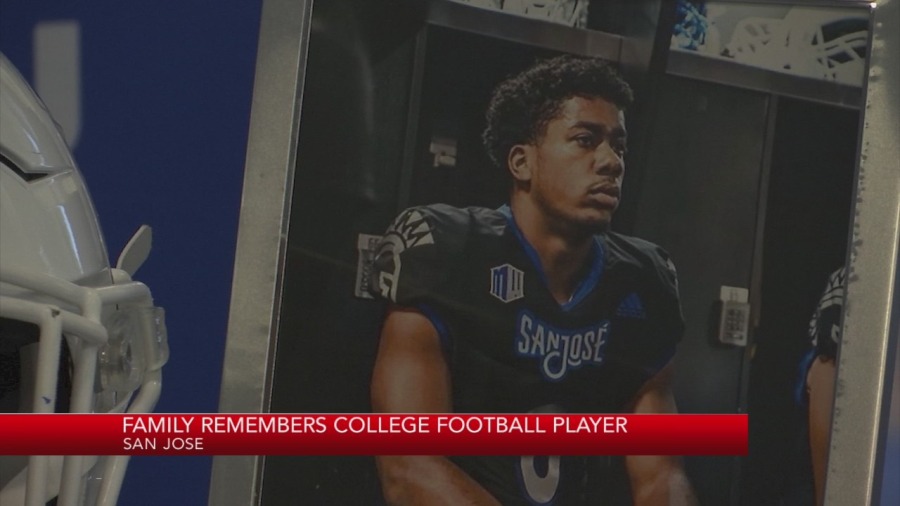 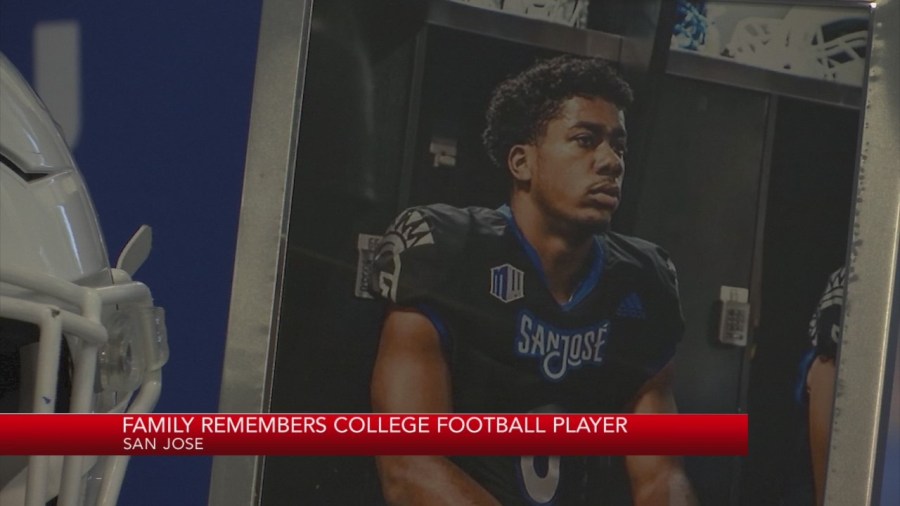 SAN JOSE, Calif. (KRON) — The parents of Camdan McWright spoke for the first time Tuesday about the loss of their son.

The 18-year-old was struck and killed by a bus while riding on an E-Scooter. McWright had a passion for football and was a running back for the San Jose State Spartans. His coach, mom and dad all broke down into tears Tuesday when sharing their memories.

“He’s our angel,” said Tina McWright, Camdan’s Mom. It wasn’t easy for Tina and Cleve McWright to do, but on they stood at the podium of San Jose State University to talk about their son Camdan.

It’s because of that growing number that Coach Brennan advised his players to not ride E-Scooters. ”I’m just really more worried about our team not getting on scooters and making good choices about our transportation,” added Brennan.

“He’ll just be in our hearts. We’ll carry him with us wherever we go,” said Tina McWright.

The San Jose State Football team is scheduled to play their next game at home Saturday night. Coach Brennan says the team will be honoring Camdan at the start of the game.