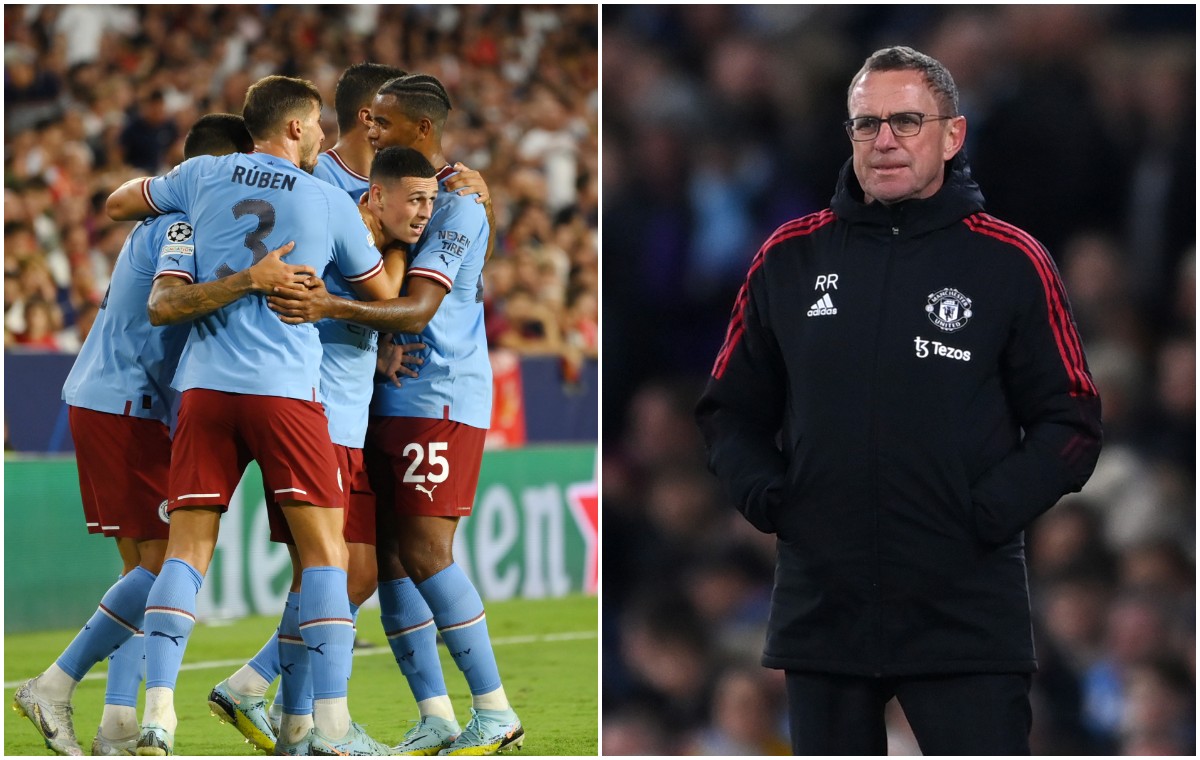 Manchester City’s summer signing Manuel Akanji was admired by Ralf Rangnick and could’ve been targeted by Manchester United until the German coach left his role at Old Trafford.

Rangnick was interim manager at Man Utd for the second half of last season, but had also been due to stay on in an advisory role with the club once they appointed a new permanent manager.

In the end, however, this didn’t work out, and Rangnick left the Red Devils to instead become manager of the Austrian national team.

If he had stayed, we may well have seen Akanji move from Borussia Dortmund to Old Trafford this summer, rather than to the Etihad Stadium.

The Switzerland international has looked a smart signing by City, and could now be a key player for them in this weekend’s Manchester Derby.

Looking ahead to that game in his exclusive CaughtOffside column, Fabrizio Romano discussed how Cristiano Ronaldo was targeted by City last summer, and also revealed how Erling Haaland was close to joining United a few years ago.

On Akanji, he added: “This summer, Manuel Akanji was also an option for Man United’s defence.

“However, it didn’t happen because he was mainly admired by Ralf Rangnick, who then left his position at Old Trafford. City then moved for him late on in the window.”

United instead signed Lisandro Martinez as a new centre-back, and the Argentine has looked another good piece of business by the Manchester clubs this summer.