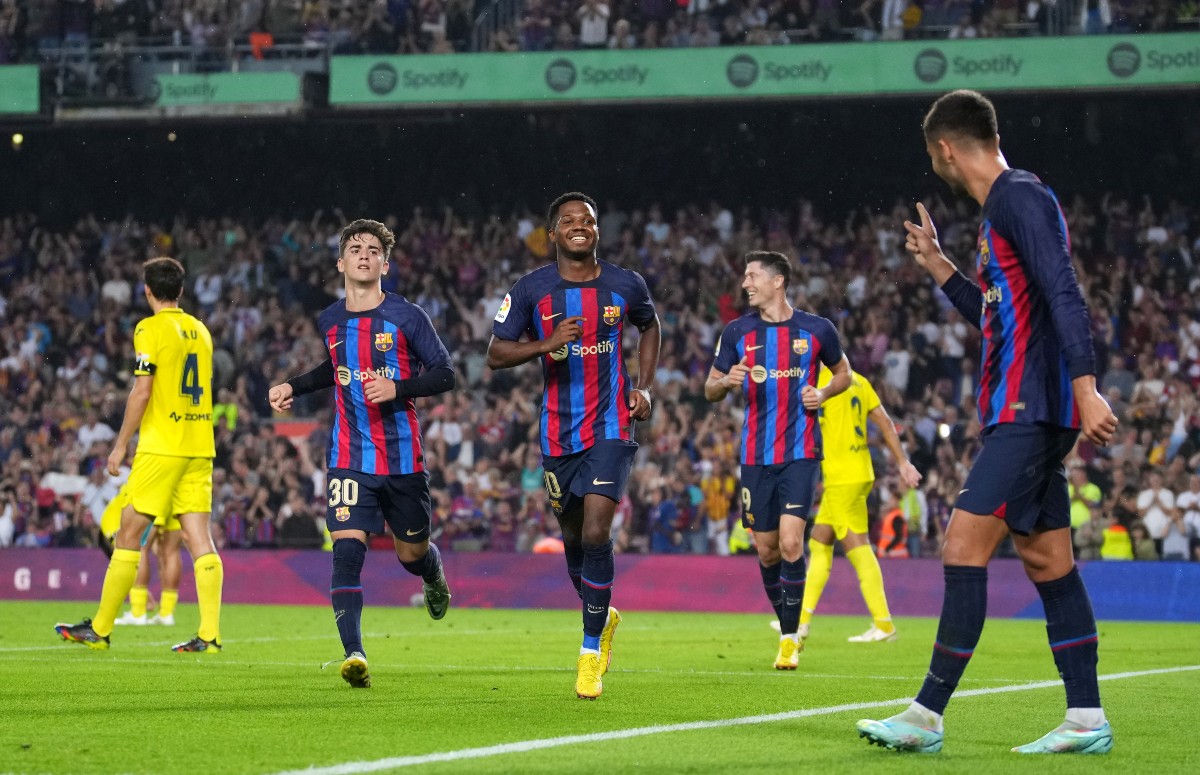 Barcelona forward Ansu Fati has been surprisingly linked with a possible move away from the club, but Fabrizio Romano has cleared up the transfer rumours in the latest edition of his exclusive Daily Briefing.

The Spain international has perhaps not been at his very best for Barca for a little while now, though it’s worth remembering he’s still only 20 years of age, having made his first-team breakthrough when he was still a teenager.

Fati should have a big future ahead of him, so Romano was surprised to hear speculation about the youngster possibly moving on, as that’s not the information he has.

Responding to the Fati exit links, Romano made it clear that nothing would be happening in January as the player remains happy at the Nou Camp.

“I was surprised to hear some speculation about Ansu Fati and his agent looking for a move away from Barcelona. This is not the information I have at all,” Romano explained.

“Honestly, there is absolutely no update as Ansu Fati wants to stay, he’s happy at Barca and nothing is happening in January.

“There are no negotiations or concrete talks, Ansu is considered key player for Barcelona as things stand – then we’ll see in the future!”

Barcelona fans will surely be relieved to hear this news, as supporters of the Catalan giants love seeing homegrown players like this rising up from the academy into the first-team.

Fati should still have what it takes to have a fine career at Barcelona if he can put his injury struggles behind him and play more regularly and consistently.