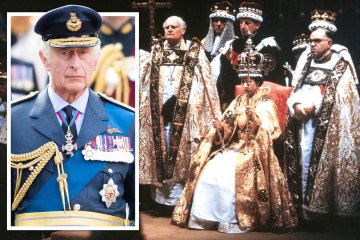 A MISSING mom was found charred and clutching a small tree, cops have chillingly revealed.

Cops also found the remains of a fire, blue tarp and a tote bag[/caption]

The 59-year-old was found dead just a day after she wired her daughter Amanda Bearden $2,385 and sent the message: “They are not going to let me go, love you.”

Cops revealed that Collier, who vanished on September 10, told Bearden that there was a key to their home underneath a flower pot.

Collier, who was naked, was found in the woods grasping a small tree with her hand, according to a police report seen by The Sun.

Officers said her stomach appeared charred and they discovered the remains of a fire.

Detectives found a red tote bag and partially-burned blue tarp as they combed the scene for clues.

Cops used radio technology to track the car and it was found near a highway around 60 miles from her home.

Bearden told cops that her mom didn’t have any mental health issues. She also denied that Collier was suicidal.

Bearden was quizzed by cops on her mom’s medical history, adding that she had a “bad back” meaning she couldn’t walk far.

Collier’s husband Steven said he last saw his wife at around 9pm on September 9 – the night before she disappeared.

He told cops that her car was in the driveway as he left for work, according to Now Habersham.

Steven and Bearden told cops “This is unusual for Deborrah to do this. She has not done anything like this before”, PEOPLE revealed.

The pair reported Collier missing around three hours after she had sent the message.

Read More on The US Sun

FIT FOR A KING

Collier’s cause of death remains unknown as an autopsy hasn’t been conducted.

Officers are currently treating her death as a homicide.