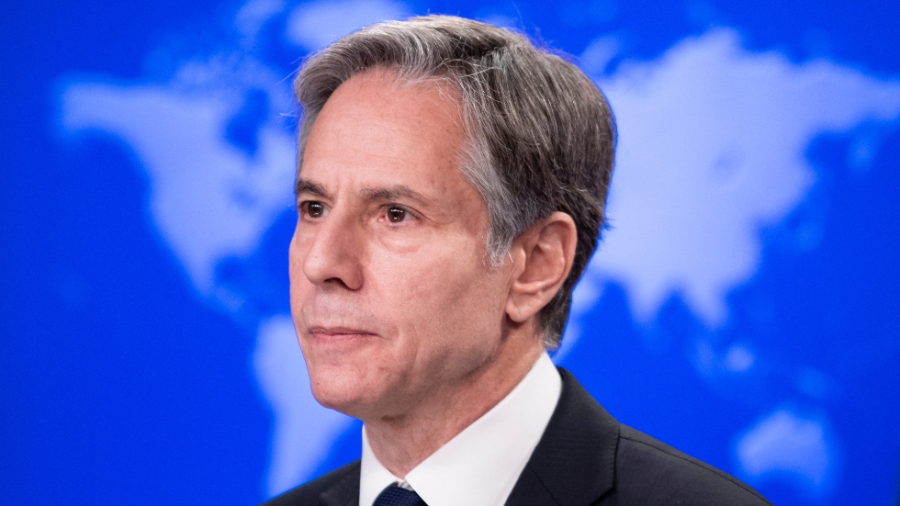 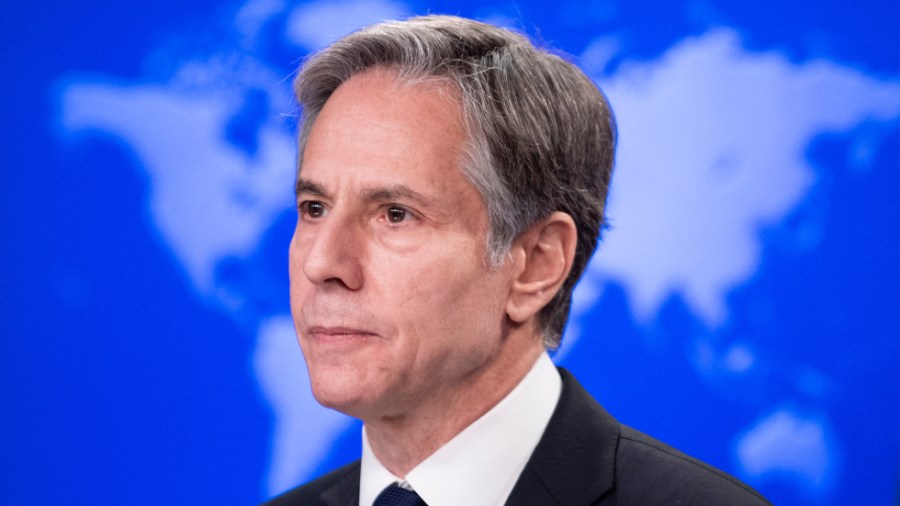 The U.S. government has warned China against giving any support to Russia related to its invasion of Ukraine.

We’ll detail the specifics of the warning, plus more on new Pentagon reforms meant to make housing, moving and groceries cheaper for troops.

Plus: A letter from employees within the Department of Homeland Security’s watchdog office urges President Biden to fire their boss.

This is Defense & National Security, your nightly guide to the latest developments at the Pentagon, on Capitol Hill and beyond. For The Hill, I’m Ellen Mitchell. Subscribe here.

Secretary of State Antony Blinken on Friday warned Chinese Foreign Minister Wang Yi against Beijing providing any support to Russia related to its invasion of Ukraine, during a meeting on the sidelines of the United Nations General Assembly in New York.

The message: Blinken “reiterated the United States’ condemnation of Russia’s war against Ukraine and highlighted the implications if the PRC [People’s Republic of China] were to provide support to Moscow’s invasion of a sovereign state,” State Department spokesperson Ned Price said in the statement.

“He underscored that the United States remains open to cooperating with the PRC where our interests intersect.”

Blinken stressed the need for the U.S. to maintain open lines of communication with Beijing to de-escalate tensions, Price said in the statement.

Timing: The meeting came amid heightened tensions between Washington and Beijing following President Biden’s remarks in an interview published Sunday that the U.S. would defend Taiwan if China decided to invade.

“[Blinken] emphasized that the United States is committed to maintaining peace and stability across the Taiwan Strait, consistent with our longstanding one China policy,” Price said.

“The Secretary stressed that preserving peace and stability across the Taiwan Strait is critical to regional and global security and prosperity.”

Devolving relations: The U.S. position toward Taiwan — and Biden’s statements that American forces would defend the democratic island, which have been issued repeatedly — have infuriated the Chinese, which view the island as a rogue territory that will eventually unify with the mainland.

Relations between Washington and Beijing have continued to devolve over a host of security, military, geopolitical, economic and environmental issues.

The Pentagon will undertake a series of reforms meant to make housing, moving and groceries cheaper for troops and their families as nationwide inflation cuts into service members’ salaries.

Tight budgets: The changes follow record-level U.S. inflation and a robust labor market that means the military services must compete for talent with the private sector.

To meet active-duty recruitment goals this year, several of the services have introduced enlistment and recruiting bonuses.

Congress has also attempted to soften the blow of inflation by including in the annual defense authorization bill a 4.6 percent pay increase for service members beginning in January. The legislation is expected to be signed into law by the end of the year.

Unrelated: Ryder stressed that the new round of changes is part of a benefits reform package across the military and not related to the inflation uptick.

“Absolutely not,” Ryder said when asked about the correlation, noting the alterations come after the Pentagon chief met and spoke with service members across the country and globe over the past 20 months to identify areas of most concern.

The changes: The biggest shifts will affect housing costs and allowances given for those changing bases, as well as lower prices at military commissaries. Those alterations will take effect “in the next couple of weeks,” Ryder said.

Military families can expect to see savings of at least 25 percent on grocery bills, compared to their local marketplace, he noted.

Service members living in 28 high-cost areas, meanwhile, will be given increases in their housing allowances beginning Oct. 1. And all troops will get offsets for moving costs and child care.

A group of employees who work for the internal watchdog at the Department of Homeland Security (DHS) are calling on President Biden to remove their boss, saying they’ve lost hope the “ship will right itself.”

The request comes after numerous congressional panels have asked DHS Inspector General Joseph Cuffari to step aside from various investigations after he failed to alert lawmakers in a timely manner that Secret Service text messages for Jan. 6 had been “erased.”

A plea: An anonymous letter shared by the Project on Government Oversight was signed by “concerned DHS OIG employees representing every program office at every grade level” who added that “for fear of retaliation, we cannot identify ourselves.”

A rocky tenure: Cuffari has faced scrutiny nearly his entire tenure as the DHS watchdog since being nominated by former President Trump in 2019, tapped for the role after working as an adviser on military issues for Arizona Gov. Doug Ducey (R).

In the past he has been accused of removing information from OIG reports and failing to act on a startling sexual harassment survey at DHS or a request to investigate the Secret Service’s role in clearing protesters from Lafayette Park so Trump could take a photo holding a Bible.

But the revelation that he failed to alert Congress to missing Jan. 6 texts both from Secret Service agents and two agency leaders has ignited the most recent criticism.

Read the rest of the story here

ON TAP FOR MONDAY

That’s it for today! Check out The Hill’s Defense and National Security pages for the latest coverage. See you next week!