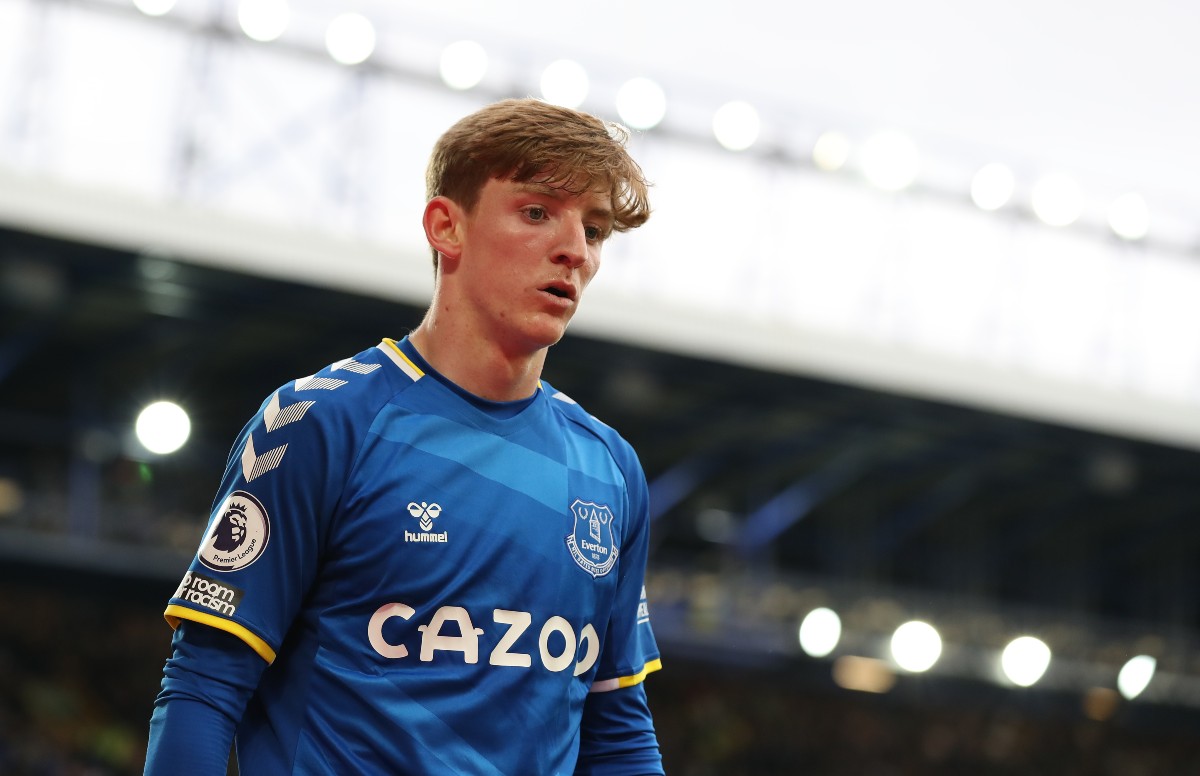 Chelsea remain interested in Everton’s Anthony Gordon despite having two bids rejected for the 21-year-old.

The Merseysiders have rejected bids of £40m and £45m from the London club but the Blues have now tried an alternative method in order to land the young winger.

According to Football Insider, Chelsea have offered Everton two stars as part of a cash-plus-player deal for Gordon but whether the Toffees will accept the bid is unknown.

The two players included are midfielder Billy Gilmour and striker Michy Batshuayi, players Everton are reportedly interested in and have been linked to this summer.

Chelsea try alternative method in order to secure Everton’s Anthony Gordon
Revealed: Fabrizio Romano provides an update on Manchester United’s pursuit of Joao Felix
Exclusive: Manchester United have been offered a new right-back but a deal will depend on outgoings

Batshuayi and Gilmour spent last season on loan with Besiktas and Norwich City respectively and do not seem to be part of Thomas Tuchel’s plans for the season.

Therefore, it makes sense to offload to pair in order to secure a target that the club wants in Gordon.

The Everton winger enjoyed a breakthrough season for the Toffees the last time around, scoring four goals and providing three assists in 40 appearances.

Frank Lampard will not want to part ways with Gordon but if the deal is right the former Chelsea boss might have to give in to his old club.