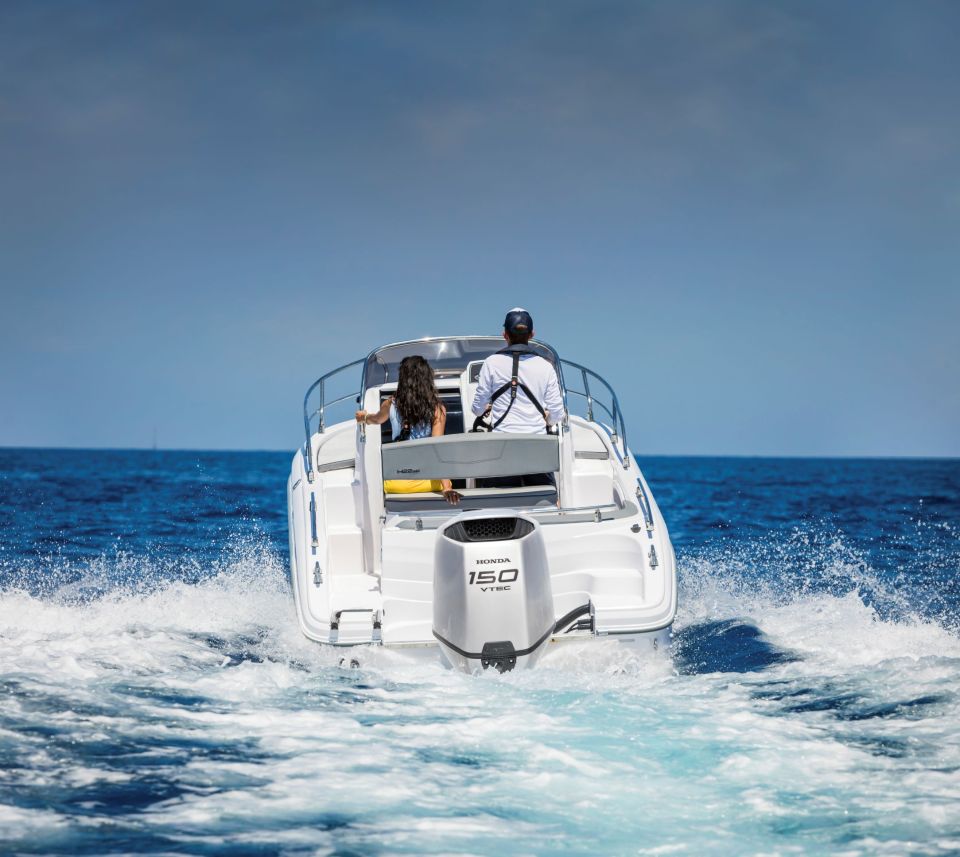 A SEA-FARING mum who has spent the last five years exploring Britain’s coasts has revealed the top 10 UK landscapes – best viewed by boat.

Heather Kemp, who documents her adventures on Instagram at @kemp.life, compiled a list of top boating adventures spanning the length and breadth of Great Britain, from Scotland to South Devon.

Heather with her husband Sam and two kids[/caption]

The Menai Straight in Anglesey, Wales was one of Heather’s favourite places[/caption]

Heather’s list was topped by The Needles in the Isle of Wight, Salcombe in South Devon and Anglesey’s Menai Straight.

The Needles’ distinctive chalk stacks, rising 30m out of the sea on the Western extremity of the Isle of Wight, took first place due to their grandeur and spectacular cliffside scenery.

Mallaig in Scotland is named as a must-visit location, known for its stunning sunsets and wildlife including dolphins, whales and sea eagles. Carrick Roads in Cornwall offers numerous rivers, creeks and beaches to explore, making it a worthy addition.

Heather, who worked in partnership with Honda to compile the list, said: “Owning a boat has transformed our adventures and being on the open water, just us and the incredible natural world around us, is where we feel most at home.

“We have seen natural beauty that we never knew existed and experienced some of the best days of our lives as a family from the most unique position – out on the water.

“We rarely go back to the same place, always looking to experience somewhere new. We have a list of places we want to visit and we decide where to go based on the forecast at the time – always heading for the sunshine!”

Heather and husband Sam both grew up in Birmingham and living centrally fuelled their appetite to explore all parts of the UK and beyond at a young age.

Now based in North Worcestershire, the couple embarked on their first adventures by camper van following the birth of their two children, now aged eight and five, and hired a boat wherever they visited.

Most read in Travel


Disruption to flights across Europe this autumn due to strikes


Ryanair had no room for us on flight home, their solution left us speechless

Seeing places in a different light from a new angle prompted Heather and husband Sam to invest in a boat, as travel opportunities emerged as the Covid lockdown eased in early 2021.

Heather now estimates the family, joined by their working cocker spaniel, spends at least six weeks of the year out on the open road and the water, seeking new places of natural beauty and quiet retreat.

Heather, who worked with Honda Power Equipment and uses a Honda BF100 outboard engine with a six-metre rib boat, said: “Getting out on the water offers a feeling of adventure like no other.

“The key to a successful boat day is preparation. Being prepared for any eventuality and having the knowledge of what to do in an emergency means you can relax and get the most out of the experience.

“We also firmly believe in doing your research and buying and maintaining quality products that you can trust. Our requirements when it came to an engine were reliability, efficiency and power.

“Having your engine serviced annually, changing the water separator filter, maintaining the quality of the fuel in the tank, monitoring the 12V battery health and checking the electrical system regularly are all essential steps to ensure your boating trips run smoothly.

“Finally, after a trip, always wash your boat down and flush your engine out with fresh water.”

The list also featured Skomer and Skokholm Islands, off Pembrokeshire in Wales, which between them house the largest puffin colony in southern Britain – with numbers reaching almost 50,000.

Wales’ Cardigan Bay also made the list, due to having the largest population of dolphins in the UK, best spotted in summer immediately after high tide.

The Isle of Mull in Scotland, where basking sharks and sea eagles can be spotted, and Poole in Dorset, which is Europe’s largest natural harbour, complete the list.

Heather also provided tips for planning a day out on the boat, with preparation being key.

A well-stocked boat should include life jackets, man overboard equipment, spare fuses, fire extinguishing equipment, flares and spare fuel among many others.

Beyond that, it’s recommended to carry certificates of boat ownership and insurance as well as a mayday guide for emergencies.

1. The Needles, Isle of Wight

Steve Morris, Head of Power Equipment for Honda UK, added: “We’re coming to the end of the summer season, but there is still plenty of fun to be had on the water.

“Even if you’re not really experienced, starting off with small trips around the coast can be incredibly rewarding.

“We have a wide range of powerful and reliable marine products, enabling people with different needs and budgets to have boating adventures – from portable and lightweight inflatable boats, right up to powerful V6 engines that can be used with sportsboats.

“And as Heather rightly says, the better prepared you are, the more you’ll enjoy the scenery around you – and the safer you will be.”

Honda will be exhibiting a range of its Marine products at Southampton International Boat Show at Mayflower Park, Southampton until 25 September 2022.

Heather worked with Honda to compile the list of destinations[/caption]