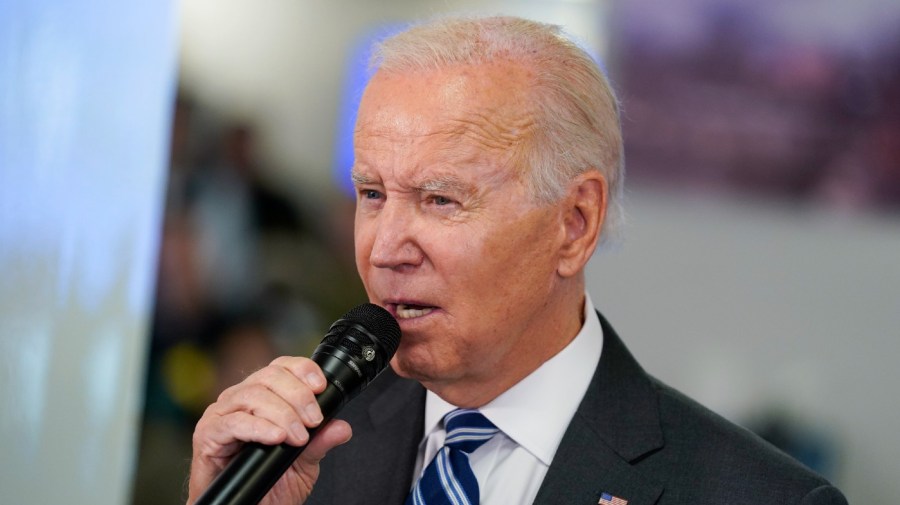 President Biden will travel in the coming days to Puerto Rico and Florida to tour damage from Hurricane Fiona and Hurricane Ian, respectively, the White House announced late Saturday.

The president and first lady will travel to Puerto Rico on Monday, followed by a trip Wednesday to Florida. The White House did not disclose where the president would visit in either location, or details about who he would meet with.

Biden said earlier in the week he would likely visit Florida and Puerto Rico to look at the aftermath of the hurricanes once conditions allowed him to do so without interfering with emergency responders.

The visit to Florida will be Biden’s first since he traveled there after a condo collapse in Surfside last year. The state was slammed by Hurricane Ian, which made landfall as a Category 4 storm and knocked out power for millions of residents.

Biden warned that it could prove to be the deadliest storm in the state’s history. Authorities have said roughly 50 people died thus far in the storm as rescue efforts continue.

The president has spoken multiple times on the phone in recent days with Florida Gov. Ron DeSantis (R).

Hurricane Fiona hit Puerto Rico last month, wreaking havoc on the power grid and leaving thousands in the dark as they grappled with rain and wind. The storm knocked out much of the same power infrastructure that was badly damaged by Hurricane Maria roughly five years ago.

Biden has in recent days repeatedly pledged he would not forget about Puerto Ricans recovering from the storm.