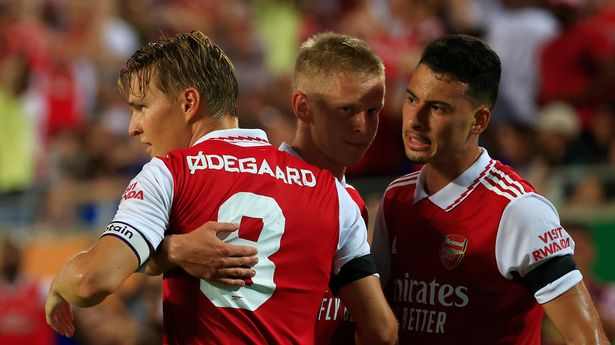 Arsenal have been dealt an injury blow as Oleksandr Zinchenko has withdrawn from the Ukraine squad ahead of their upcoming international fixtures.

The signing of Zinchenko has proven to be one of the smartest bits of business in the summer transfer window. The Ukrainian defender struggled to ever have a consistent run in the Manchester City side, but since moving to Arsenal he has become one of their key players.

Now, according to the Ukraine FA, Zinchenko has withdrawn from their squad due to a calf injury.

Arsenal will be hoping the injury isn’t too serious and Zinchenko doesn’t miss any of their upcoming Premier League games, and the Ukrainian FA have confirmed he will miss a couple of weeks.

This should hopefully mean Zinchenko is back fit ready for their next game, but if he misses a lot of training he may not be match ready.

Losing Zinchenko for an extended period of time will of course be a blow for Arsenal, but they do have one of the best back-up left-backs at their disposal in Kieran Tierney.