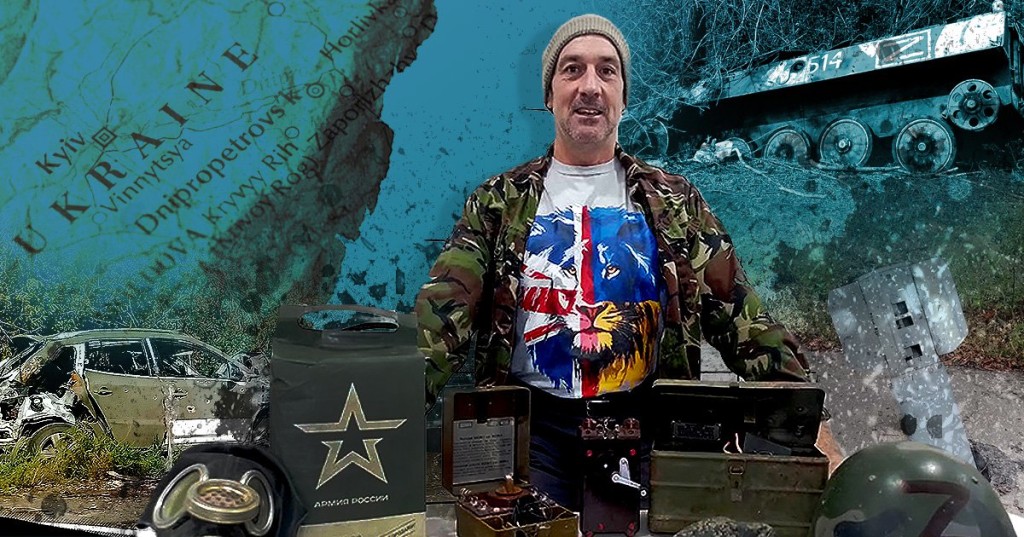 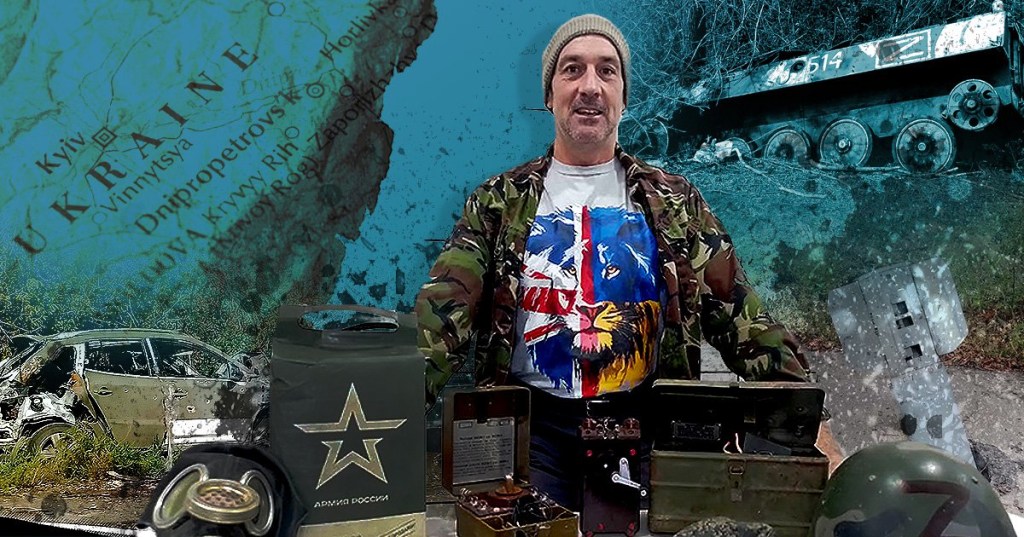 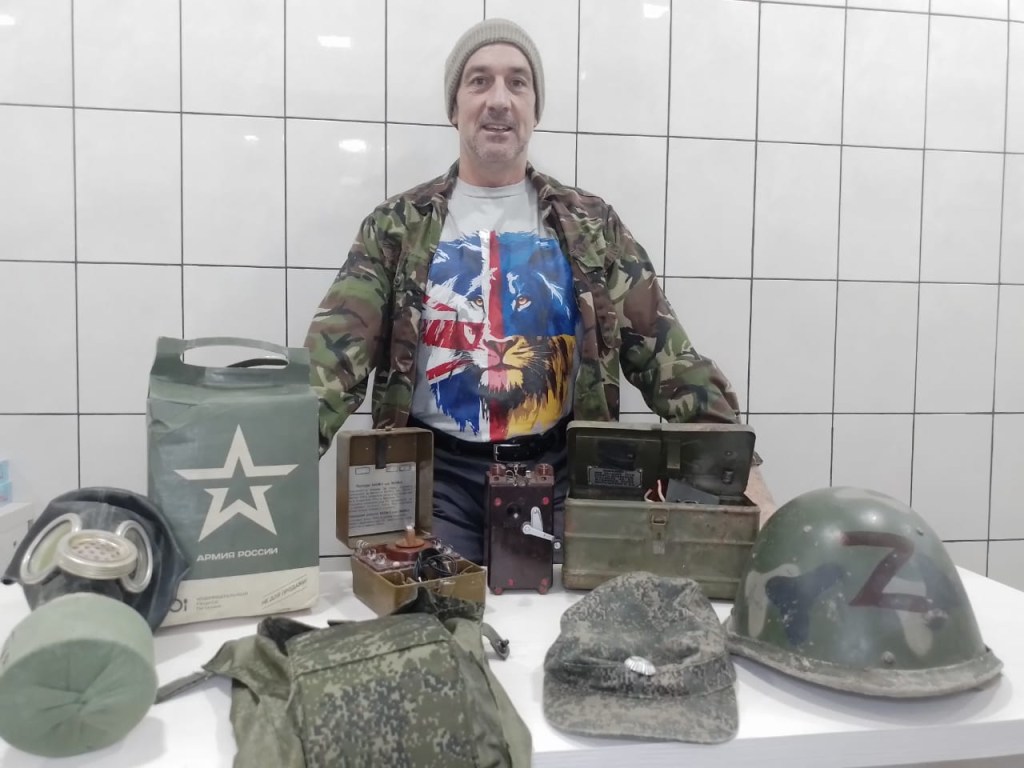 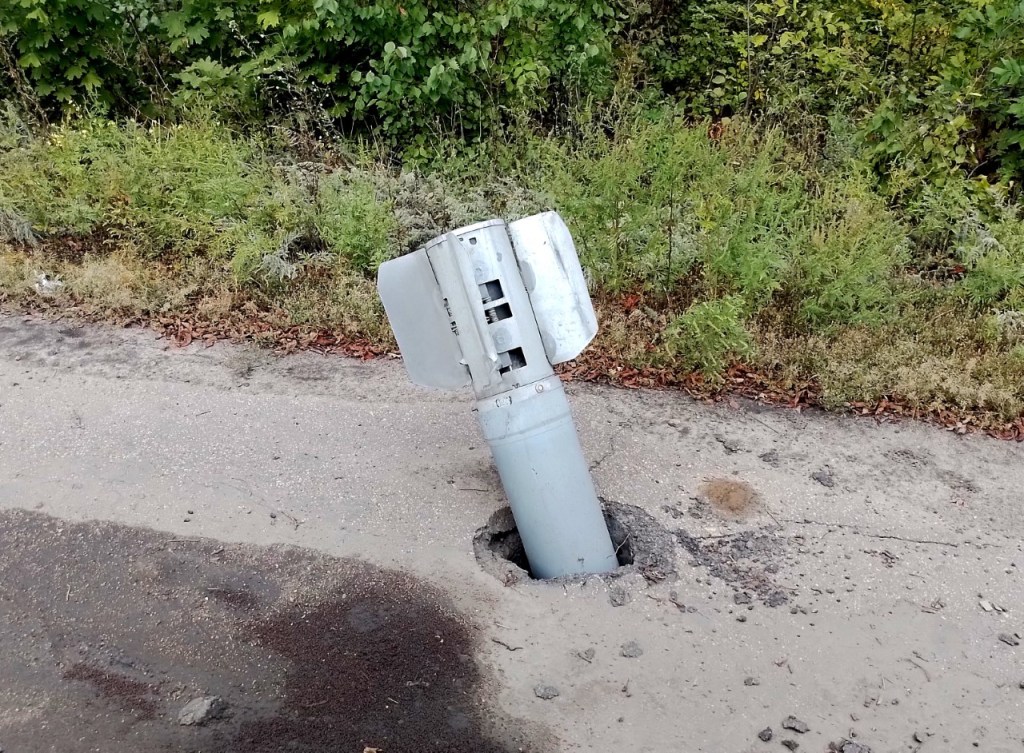 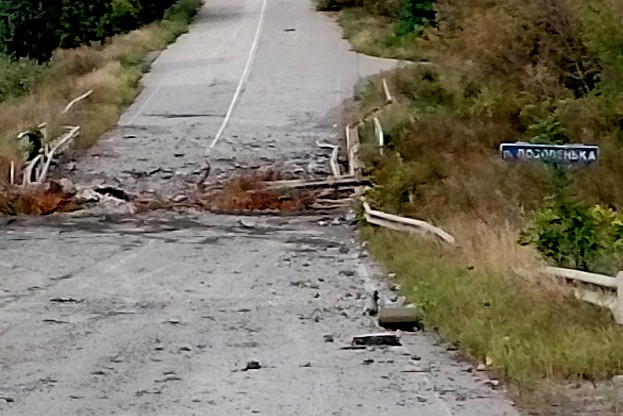 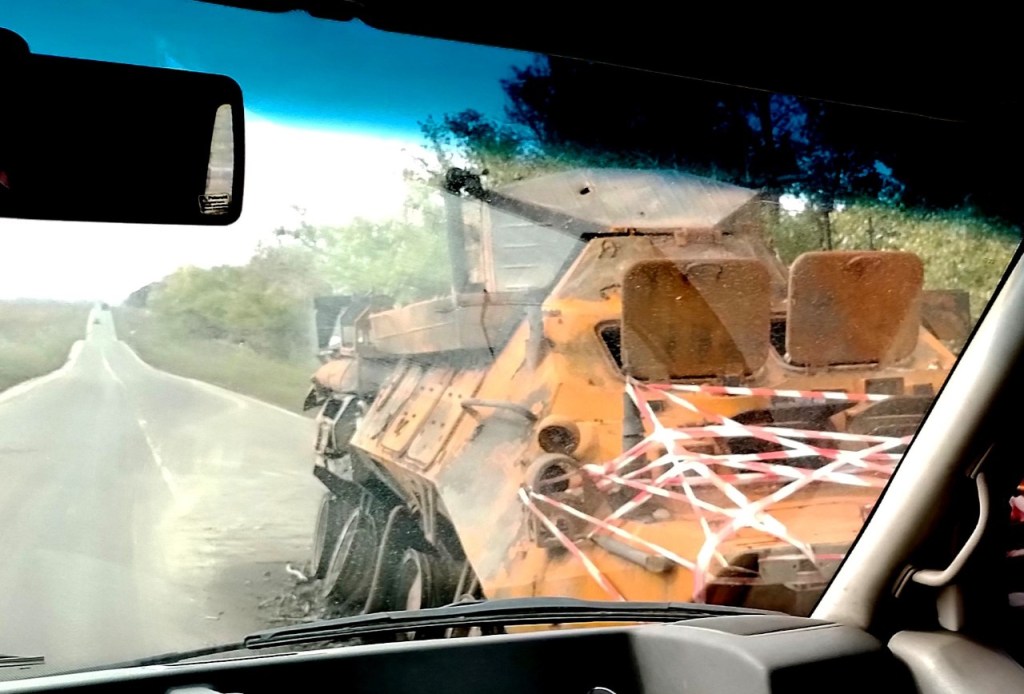 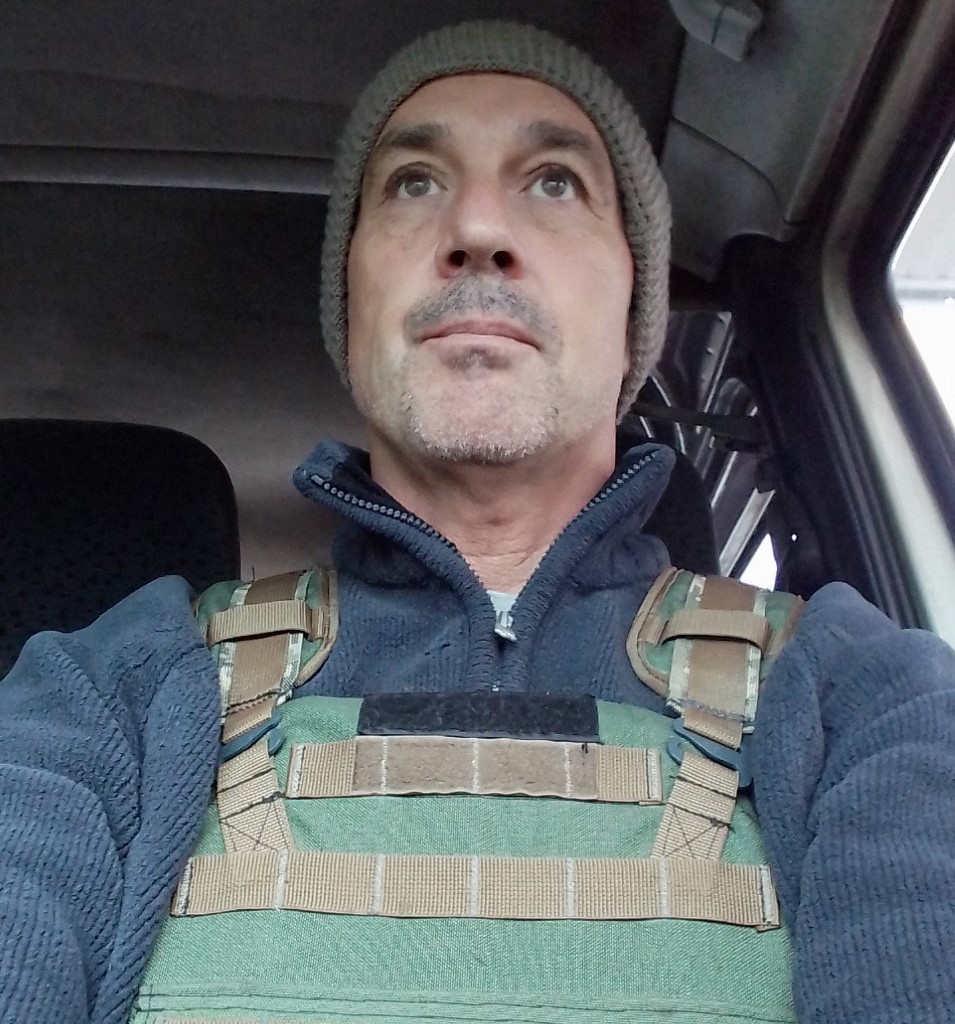 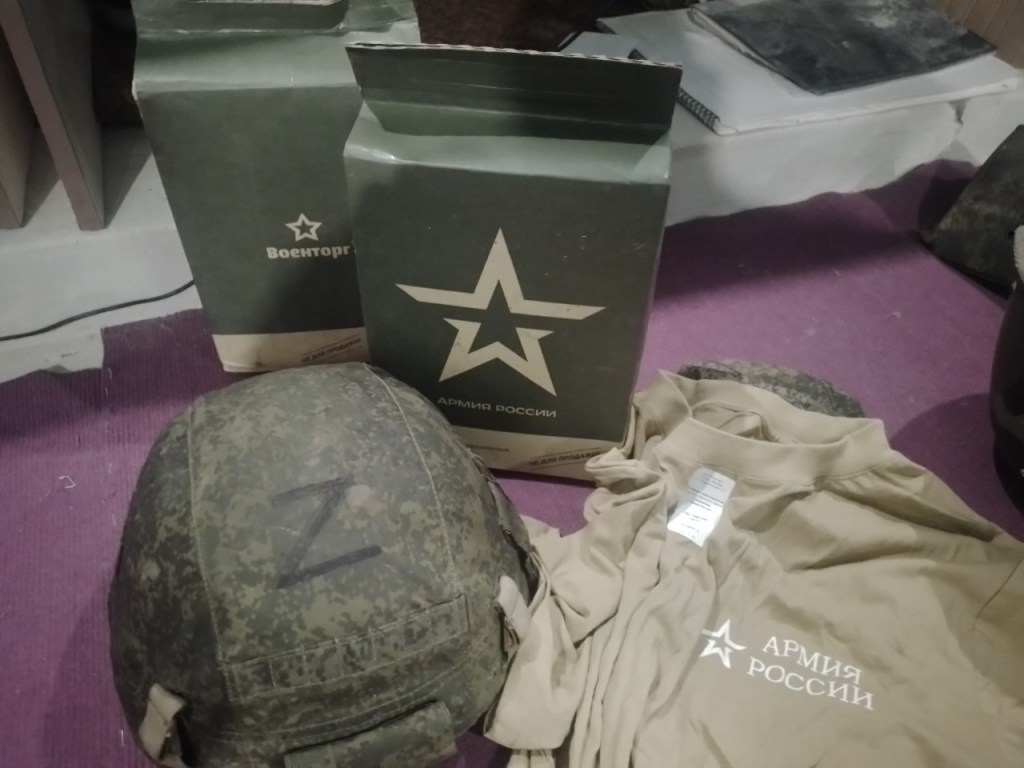 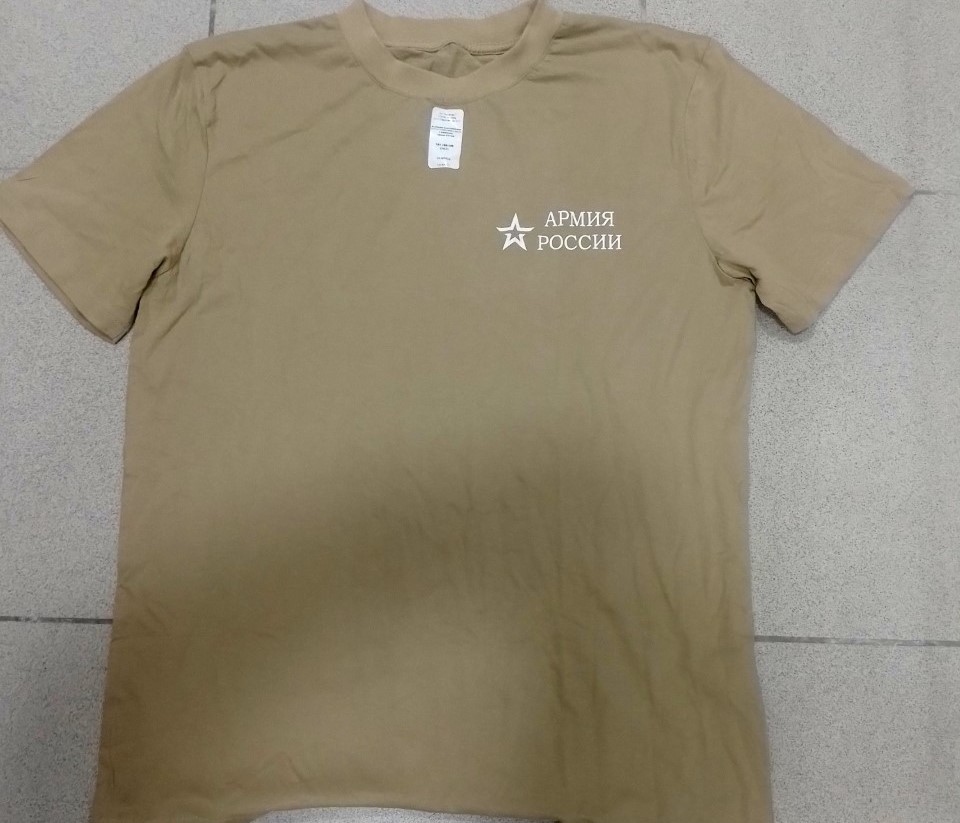 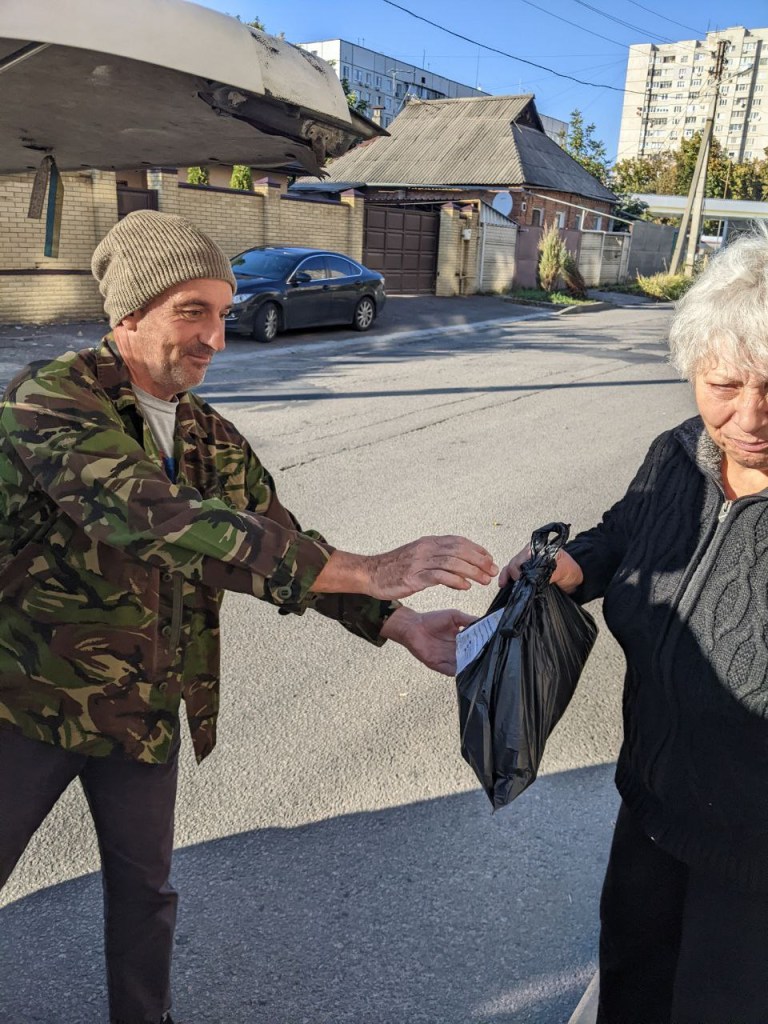 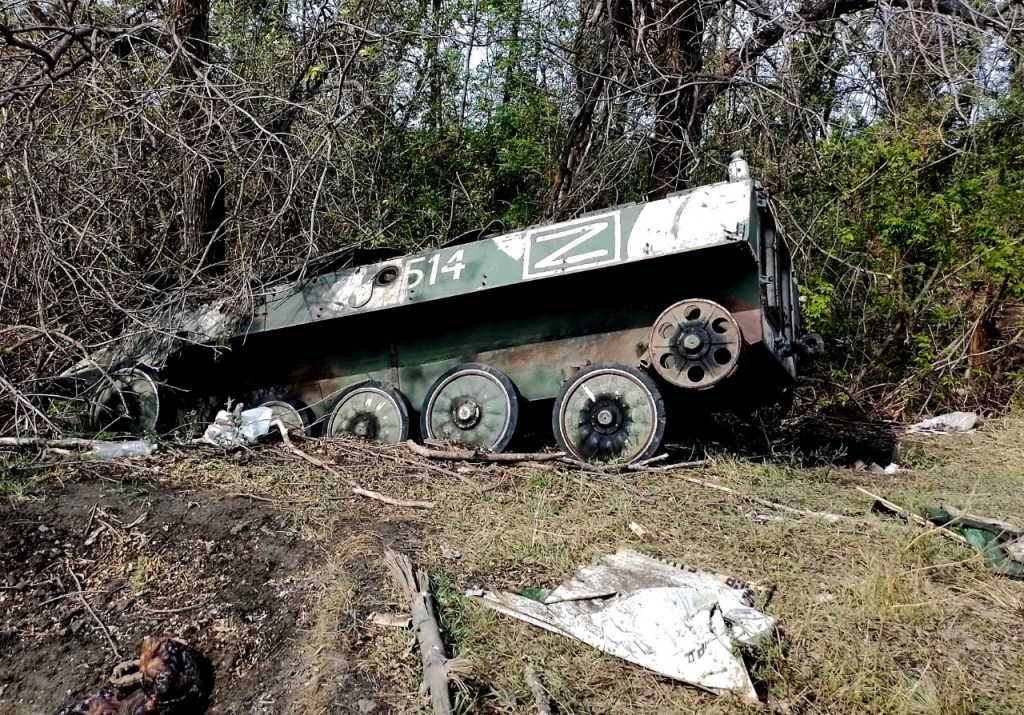 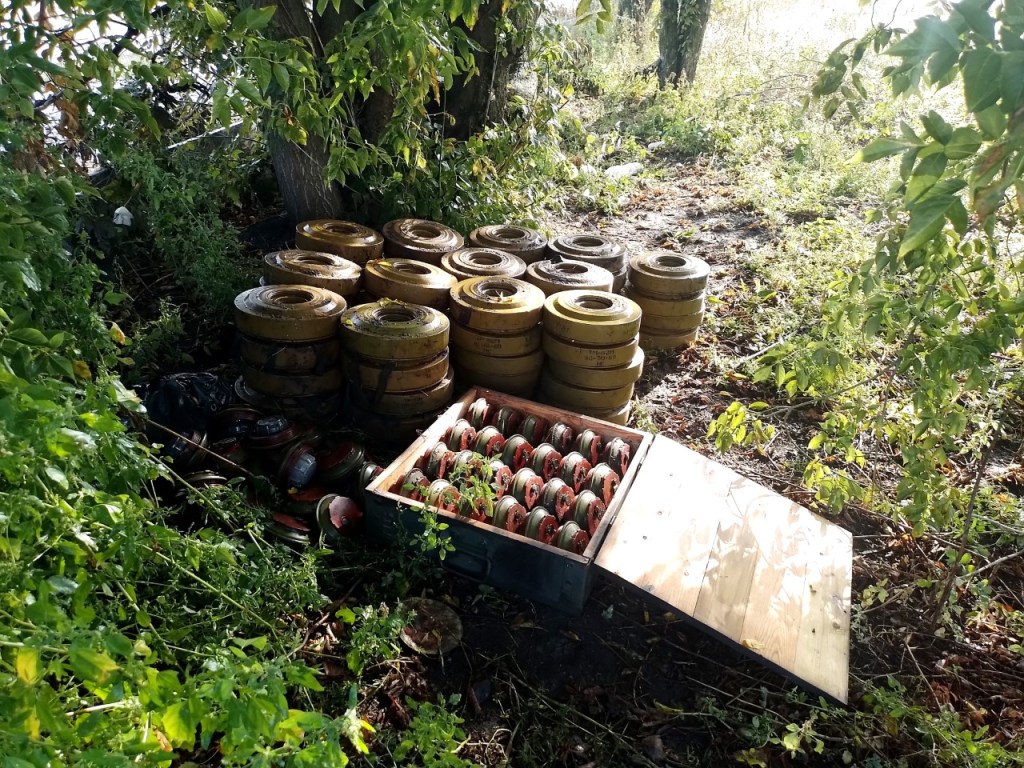 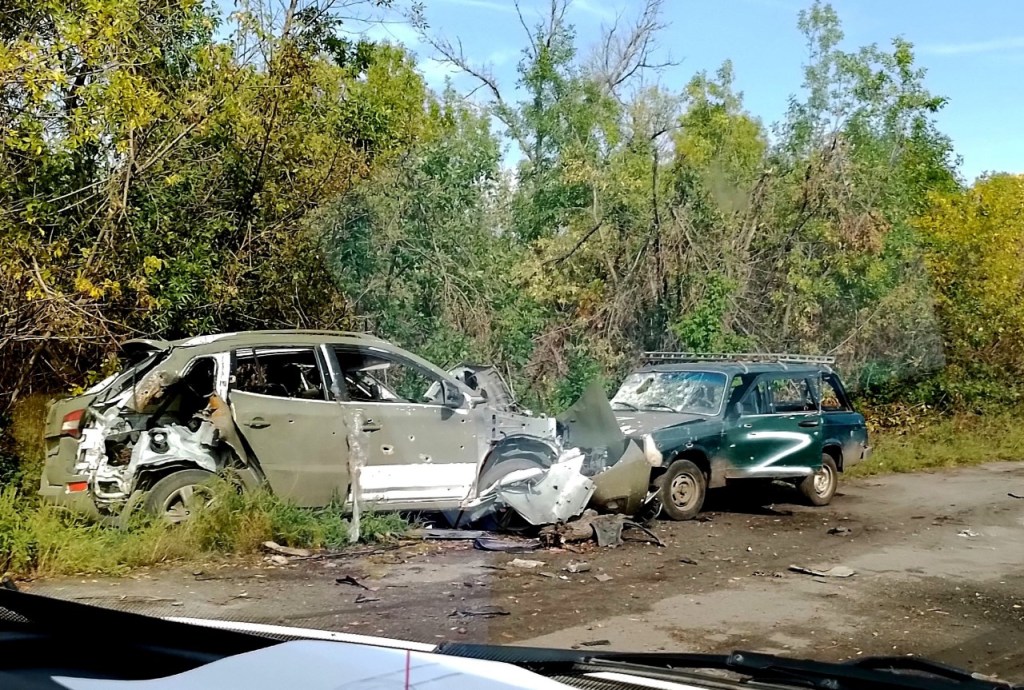 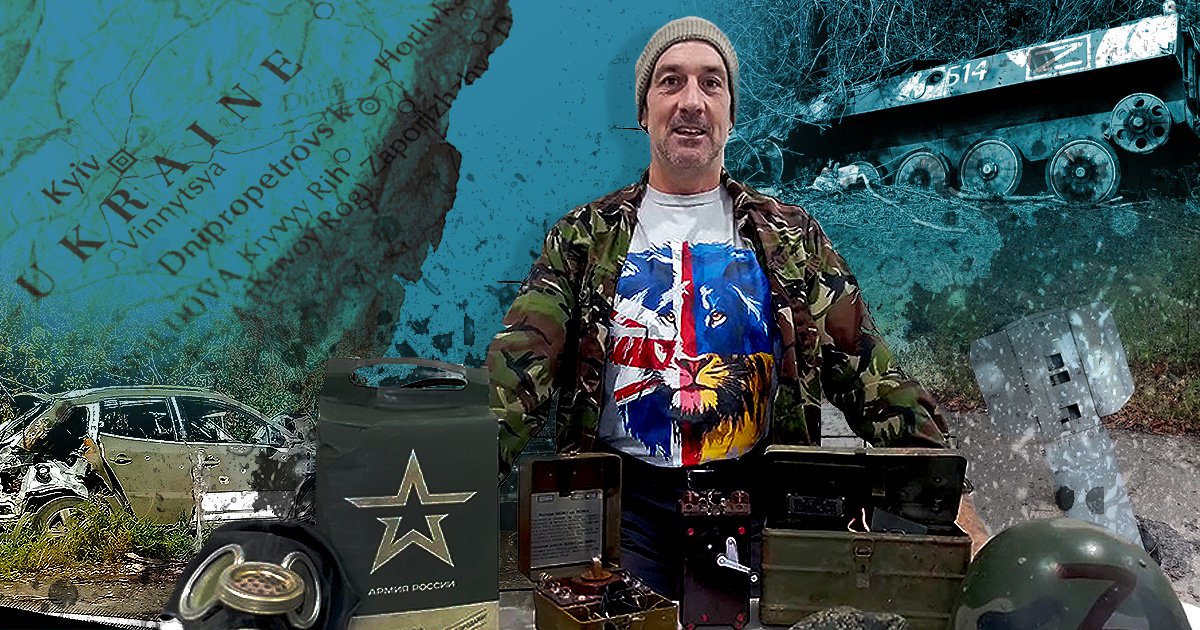 One of the first British volunteers to enter newly-liberated Ukrainian territory has encountered scenes of devastation and evidence of the Russians’ hasty retreat.

Michael Betoin is in the north-east region of Kharkiv helping to provide humanitarian aid and servicing jeeps and cars at a military compound.

He has joined urgent aid missions that have travelled in tense wartime conditions to the frontline areas where some Russian units were said to have fled in ‘apparent panic’.

The former construction firm boss has worn a flak jacket on van journeys through numerous checkpoints with the Turbota group, which has permission from the military and police to deliver urgent international aid supplies to recaptured areas.

He has witnessed the devastation wrought by the occupiers and been shown ageing kit left behind by the fast-retreating Russians, including a military T-shirt which he is selling to raise money for aid.

The volunteer has been to village of Kozacha Lopan less than 2km from the Russian border, on journeys where he has photographed obliterated armoured vehicles left by Moscow’s retreating forces.

‘I’ve been as close to the frontline as you can get without having a gun in your hand,’ Mr Betoin said.

‘I’ve seen refugees coming out and soldiers walking to the war front, and I’ve actually had soldiers shaking my hand and saying, “thanks for being British”, it’s amazing really.

‘The people who have been liberated have been trapped for five months, some people didn’t even know what’s been happening in the war, they’ve been that cut off.

‘They literally thought the Russians were winning and when Ukrainian troops arrived they wondered what was going on.

‘There’s been a real hectic rush to get as much aid to them as possible because they’ve really suffered.’

The blogger has been packaging and delivering hundreds of boxes of aid to the newly-liberated areas after Russian forces were beaten back by a counter-offensive over the past two weeks.

In Kharkiv, he has also been supporting the war effort by patching up battered vehicles including 4x4s at a high-security compound and taking part in making webbing and camouflage.

One soldier returning from the front showed him kit – including a Z-marked helmet – from a Russian tank in the recaptured village of Vesele in the east after the occupying forces left in a hurry.

‘A soldier returning from the frontline told me they fought the Russians, chased them off and this is what they left behind,’ Mr Betoin said.

‘They were laughing these soldiers, saying no wonder the Russians are losing and deserting en-masse if this is the stuff they have got.

‘They also left behind a night sight, which is a decent bit of kit but they were in such a hurry to leave they abandoned it. They didn’t want to fight in the first place and now they can’t wait to get out of the country.

‘Most of the kit will go in the bin but I will see if I can sell the T-shirt and ironically get a few pounds for the people they went there to kill.’

Originally from Grosmont, North Yorkshire, Mr Betoin is staying at an apartment in Kharkiv, the second biggest city in Ukraine.

He is now two months into his second spell in the country, where he has put his construction expertise to use by joining an international group cleaning out shattered homes in Irpin and Bucha.

The 58-year-old’s aid runs include trips to the battle-scarred city of Kupiansk, which lies to the east in Kharkiv Oblast.

Describing the scene at one aid station, he said: ‘I was delivering 70 packages to people who had been evacuated from Kupiansk and a woman told me through a translator how the Russians dragged her out of her house and set fire to it, she was just crying.

‘Their faces look like they are in shock, they are emerging from a war zone where they’ve been oppressed and mistreated for five or six months.

‘Suddenly they are back in society and they are huddling together in this building. It’s really distressing to watch.

‘When you look around you can see the level of destruction, the random, indiscriminate bombing of properties is just the same everywhere.

‘I’m getting a real taste of the humanitarian problem here and the fear is with winter coming it’s going to blow out of all proportion. We really need to get aid to Kharkiv and the repatriated areas en-masse.’

The UK Ministry of Defence said ‘the move is effectively an admission that Russia has exhausted its supply of willing volunteers to fight in Ukraine’.

In Moscow, Mr Putin threatened to use nuclear weapons against the West, who he said was trying to ‘blackmail us’ with weapons of mass destruction.

The president ratcheted up the threat level as Ukrainian forces were reportedly consolidating their territorial gains.

Another Defence Intelligence report, referring to the Russian retreat in Kharkiv Oblast, states: ‘Some units retreated in relatively good order and control, while others fled in apparent panic.

‘Amongst these are at least one ZOOPARK counter-battery radar and at least one IV14 artillery command and control vehicle.

‘Such abandonment highlights the disorganised retreat of some Russian units and likely localised breakdowns in command and control.’