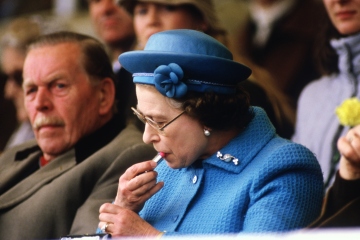 A MUM has described the terrifying moment she was mauled by a pack of bloodthirsty dogs as she was walking to her new job.

Agapi Kostea, 34, said the brutal attack has left her in shock and in so much pain she is even unable to hug her children.

The mum-of-two was on her way to work in Kalamata, Greece[/caption]

Agapi suffered horrific injuries all over her body[/caption]

The mum-of-two was heading to her new job when a pack of stray dogs attacked her in the factory’s courtyard in the southern Greek city of Kalamata.

The weeping mum told Proto Thema she was “literally devoured” and was left “fearing for her life.”

She said: “I have stitches in my body, wounds and excruciating pain. I cannot recover from the shock I have suffered, I cry and try to find the strength to return home to my children.

“I want to hug them and I can’t, it hurts, I have wounds all over.”

Brit tourist, 24, raped in horror attack near bar in Greece while on holiday

Agapi said she was three days into her new job when she was brutally attacked.

Upon entering the factory’s yard, a pack of stray dogs started running toward her.

She said she curled up on the ground as the vicious dogs were biting her all over her body.

Luckily two of her new colleagues took her to the hospital before she passed out.


Exact date one time direct payment worth $250 will be sent to 3.2m Americans

She continued: ” I was screaming in pain when they bit me.

“There was no one around to hear me and help me right away.

“I was so scared for my life, I can’t believe I was spared. I’m begging God to return home, near my children”.

Agapi told Mega TV she was “lucky to be alive” after seven dogs were “biting her all over”.

She said she curled up on the ground trying to protect her head and neck.

She remains in hospital with injuries on her shoulder, legs and right arm.

A woman was mauled to death after her truck broke down on a Florida road in another horror dog attack.

Last month a man was mauled to death by a pack of six dogs in Hokianga, New Zealand while on the phone with his partner who heard him “being ripped apart”.

And a 34-year-old man died after he was attacked by a dog in a park.