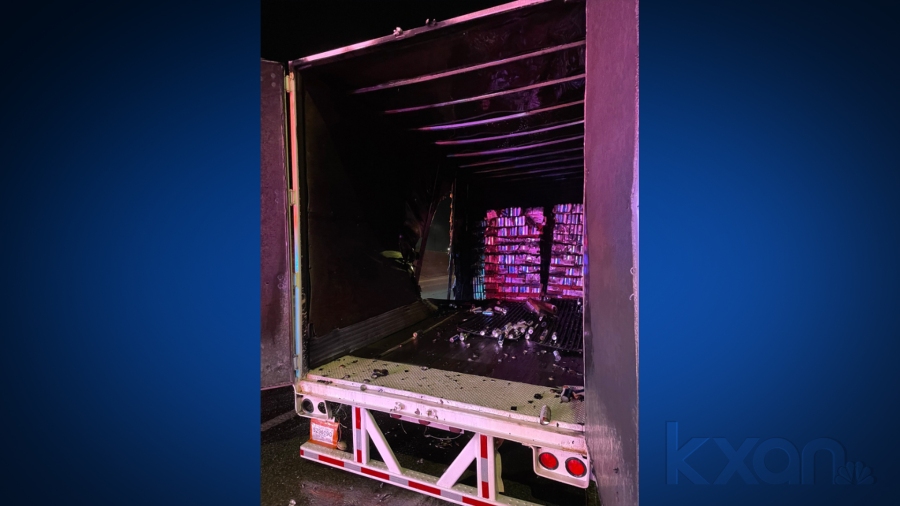 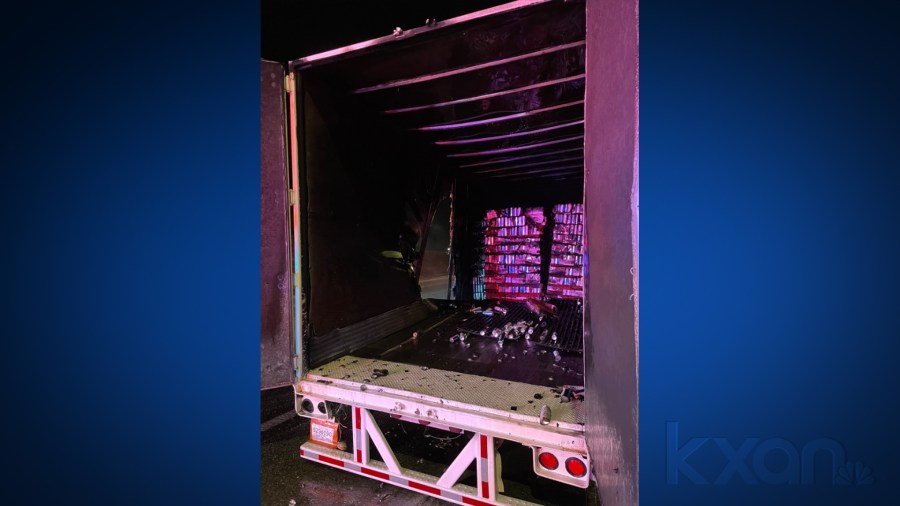 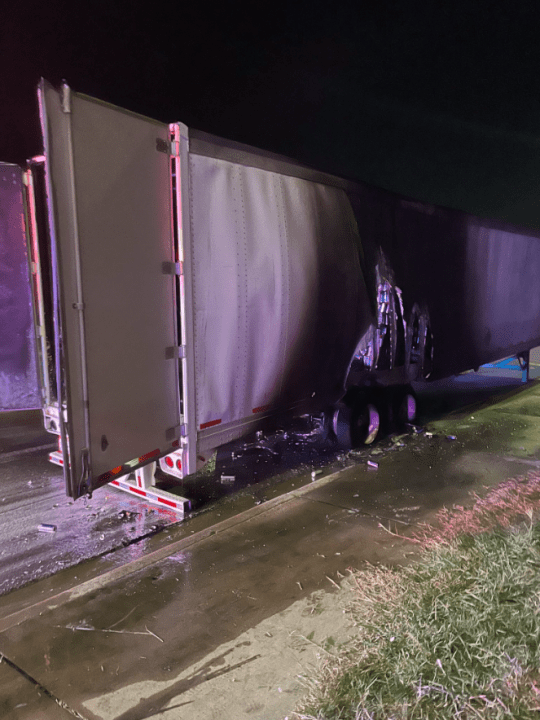 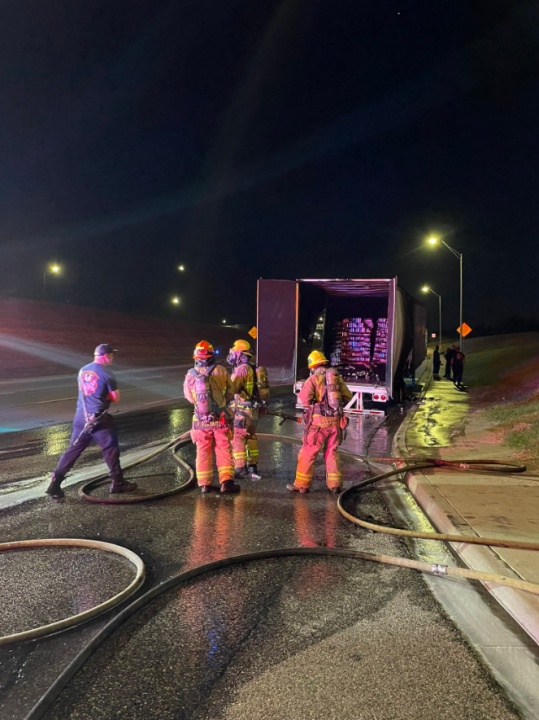 According to a 5:11 a.m. tweet from Austin Fire, a brake fire extended into the trailer which was hauling canned beverages. APD said the tractor trailer was carrying beer.

This is a developing story; stick with KXAN for updates.