13 of the best places to visit in France: be inspired by these incredible highlights 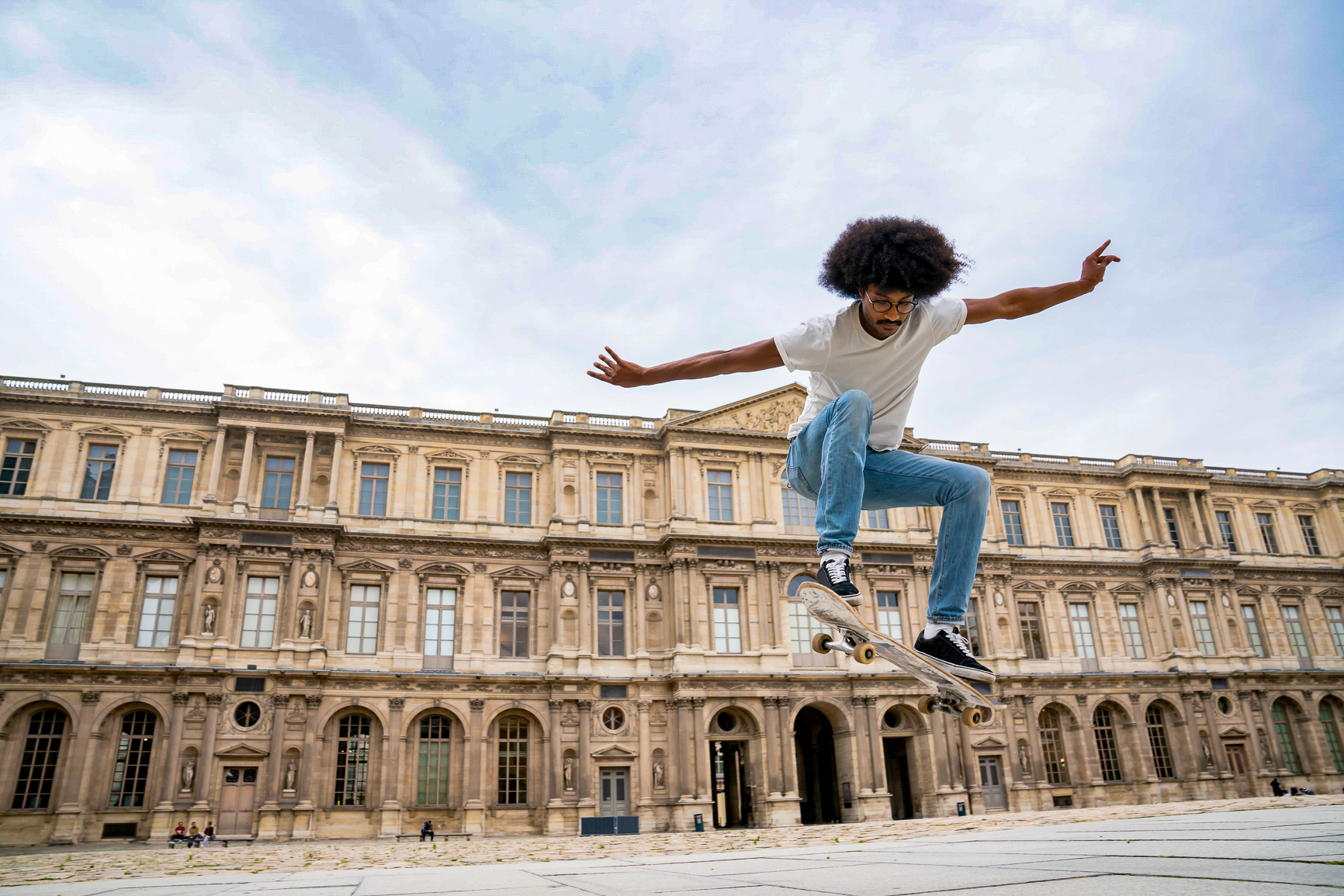 France consistently tops the list as the world’s most visited destination – and it doesn’t take much imagination to see why.

Its winning formula of captivating cities, awe-inspiring landscapes – including the Alps and the Pyrenees – an enviable coastline and some of the world’s best food and wine is hard to resist. Affordable public transportation and a sprawling network of motorways mean you can cover a lot of ground if you want to visit more than one region. But it’s just as tempting to stick to one place and enjoy the country’s seductive lifestyle.

Wondering where to go in France? Have a look at these top destinations for some inspiration.

Get trusted guidance to the world’s most breathtaking experiences delivered to your inbox weekly with our email newsletter.

Much as you’d like to tick the main sights of Paris off your list – world-class art at the Louvre and Musée d’Orsay, Eiffel Tower, Sacré-Coeur – make time for some of its lesser-known attractions. Wander the atmospheric streets of the Marais – popping into the free Musée Carnavalet as well as Musée Picasso – before checking out the vintage shops of the 10th arrondissement. Make your way over to buzzing Belleville and take in fabulous views of Paris from Parc de Belleville. For full-on greenery in the city, follow the footpaths around the elegant 19th-century Parc des Buttes-Chaumont.

The Loire Valley’s castles are best explored by bike

At some point you’ll want to be on two wheels as you explore the gently rolling landscapes of the Loire Valley – especially as cycling is made so much easier along the extensive Vélo Verte network of bike routes. Combine visiting vineyards with glimpses into lavish Renaissance life in the 42 sumptuous chateaux, particularly the fantastically elaborate Chateau de Chenonceau and the more intimate and romantic Chateau d’Azay-le-Rideau on its own island on the Indre tributary.

Normandy’s coast is the place to learn about WWII history

Normandy’s long coastline is packed with historical landmarks, the D-Day beaches being the most striking. It’s impossible not to be moved by the many poignant memorials, including the American cemetery at Omaha Beach and the Juno Beach Centre at Courseulles-sur-Mer. Head further east and you end up in a 19th-century time capsule in the alluring resorts of Cabourg, Deauville, Trouville and Honfleur.

Strasbourg is half-timbered heaven, with an outrageously picturesque old town set on its own island on the River Ill. Wander round its imposing Cathédrale Notre-Dame before relaxing on one of the cafe terraces in little Place du Marché Gayot just behind. The city is an excellent starting point for a tour of the Alsace Wine Route, the oldest in France. Beer drinkers aren’t left out: Alsace is the only region in France that makes wine and beer.

The Luberon in Provence has many lovely hilltop villages

Terracotta rooftops and honey-colored stone cottages tumble down pine-clad hills, while vineyards crisscross the valleys with olive groves and lavender fields. That’s when you know you’re in Provence, specifically the wonderfully mellow Luberon. Wander from village to hilltop village and lose yourself in the medieval lanes of some of the most gorgeous places in France. Put Bonnieux, Gordes, Ménerbes, Roussillon and Saignon on your list just for starters.

Mont-St-Michel is a top destination for medieval history buffs

The 10th-century Benedictine abbey at Mont-St-Michel casts its spell even before you arrive. The walk to this tidal island takes at least 20 minutes, during which you have this magnificent abbey, monastery and snail-like spiral of village houses in your sights. You certainly won’t tire of that view. Once you’ve explored the gothic interiors, take your pick from one of the panoramic restaurants circling the island.

Dune du Pilat is France’s most scenic place to camp

Soaring more than 100m (328ft) above sea level, the otherworldly Dune du Pilat is Europe’s tallest sand dune. Sheltered by the Arguin sandbank, its waters are much gentler than further up the Atlantic coast on the western side of Cap Ferret. It’s ringed with campsites, giving you not only one of the loveliest views but also utterly mesmerizing sunsets. When you’re not running up the mountain of sand, you’ll be transfixed by the antics of the paragliders who rarely leave this place.

Lyon is a top food destination

Even Parisians have to admit that Lyon is gastronomic royalty in France. Bring a big appetite to do justice to eating in Lyon’s trademark bouchons, intimate little bistros that specialize in hearty meat-heavy lyonnaise cuisine. Start your bouchon tour in the Unesco-listed Renaissance lanes of Vieux Lyon, where you can also spot the old secret passageways known as traboules.

Bordeaux is the best place to go for wine lovers

Mixing easy elegance with liveliness, France’s wine capital hums with the sounds of people enjoying themselves in Bordeaux’s cafe-filled 18th-century lanes of Saint-Pierre and Place du Parlement. Take the pleasant pedestrianized path along the River Garonne to La Cité du Vin, whose audacious design holds a thoroughly enjoyable museum celebrating wine from Bordeaux and beyond.

Annecy has the best Alpine beauty

On the doorstep of the French Alps, Annecy is another one of those sigh-inducing gorgeous cities that France does so well. Its medieval heart squeezes into gaps between the Thiou River and Canal, with tall pastel-colored townhouses towering over the quayside cafes. You can’t miss theVieille Ville’s most distinctive landmark, Palais de l’Île, a medieval castle and former prison that’s now a museum. Your wanderings will inevitably take you to the glorious shores of Lake Annecy, one of France’s most beautiful.

Biarritz and Basque Country is packed with boho chic

Royalty has been flocking to Biarritz for more than two centuries, since Napoleon III’s mother Queen Hortense fell in love with this fishing village on the Atlantic coast. Then the surfers joined in from the 1950s onwards, bringing some laid-back cool to go with Biarritz’s superb beaches. Once you’ve had a swim in the Grande Plage and Plage de la Côte des Basques, check out the Basque Country coastal towns of Bayonne and St-Jean-de-Luz before heading into the Pyrenees.

Nice is a vibrant taste of life on the Mediterranean

The sun-drenched capital of the Côte d’Azur is everything you want in a Mediterranean city, and then some. Explore the labyrinthine lanes of  Vieux Nice, with an obligatory trawl through the morning food market at Cours Saleya, before taking in the views from the top of Colline du Chateau. Chill out on one of Nice’s many beaches before getting a culture fix at the Chagall and Matisse museums. Hop on one of the most scenic train lines in Europe and pop into the attractive coastal villages of Villefranche-sur-Mer and Èze.

Auvergne has a captivating natural landscape

The lush volcanic landscape of the Parc Naturel Régional des Volcans d’Auvergne is one of the most dramatic in France. Among its four volcanic massifs, the green-covered lava domes, cinder cones and craters of the Chaîne des Puys – more than 80 volcanoes – are a dream to explore on foot, on two wheels or from an exhilarating paraglide flight.